Private school enrolments are on the rise as economy recovers 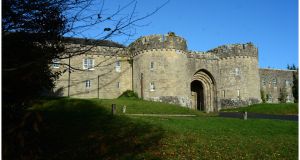 Glenstal Abbey School is an example of how many schools in the fee-paying sector are rebounding after a few turbulent years. Photograph: Bryan O’Brien/The Irish Times

Pupil numbers in fee-paying schools are on the rise as the economy recovers and are likely to be back at boom-time levels soon, new figures show.

Enrolment across the State’s 52 private schools are up for the third year in a row after numbers fell during the economic downturn from 2008.

Many boarding schools, in particular, are reporting a significant increase in “day boarding”, which provides pupils with meals and supervised study.

The increase in pupil numbers is concentrated mostly in greater Dublin, along with some bigger regional fee-paying and boarding schools.

Glenstal Abbey School is an example of how many schools in the fee-paying sector are rebounding after a few turbulent years.

Admissions at the Co Limerick boarding school fell by almost a fifth between between 2007 and 2011 as the bottom fell out of the economy.

In addition, public funding cuts – most teachers in fee-paying schools are paid by the State – placed further financial pressure on the school.

The school responded by offering day boarding for the first time – at a cost of €11,350, compared with €18,950 for full-boarding – and has seen numbers climb by more than a third in recent years.

Fr William Fennelly, headmaster of Glenstal, says the economic recovery is helping, though he says parents “appreciate an education imbued with strong values”.

“In our case here in Glenstal the smaller class sizes and the small size of the school in general enables us to put the student at the centre of the very culturally rich environment influenced by the monastery and sheer beauty of our location,” he says.

Other schools have followed suit with a range of new fee structures and day boarding options. While some schools are finding a large growth in more affordable day-pupil offerings, teachers at Alexandra College in Dublin’s Milltown say demand for full-boarding is on the rise.

Barbara Ennis, the school’s principal, says the number of boarders at the school has almost doubled since the low point of the recession.

She puts the growth down to various factors such as the recovery, as well as a marketing campaign and a new campus for boarders.

Overall, though, there is no escaping the fact that as enrolments in private schools increase, so do fees.

The Teresian School in Donnybrook for example, increased its fees by 4 per cent this year, up to €4,950, while St Andrew’s in nearby Booterstown upped fees by 3 per cent to €6,590.

In Kildare, Newbridge College increased its fees by 3.8 per cent to €4,100, while fees are up by 2 per cent at Alexandra College .

Many schools have held off increasing fees in recent years, but say they have been forced to do so in recent times due to a range of factors including public sector funding cuts.

The justification was on the basis that the State should not be dedicating scarce resources to private schools, which have the luxury of being able to raise significant sums through private fees.

There have also been calls for the State to cease all funding of private schools , though a report commissioned by the Mr Quinn in 2013 estimated it would cost the taxpayer an additional €23 million if these schools entered the “free education” scheme.

This report also showed substantial difference across the fee-paying sector, with some smaller schools in a precarious financial state compared to some of the best-known private schools. While one relatively small school had just €112,000 in discretionary income, for example, one of the largest had almost €5 million.

Fr Fennelly says the cuts have hit the fee-paying Catholic secondary voluntary sector particularly hard, though he acknowledges there may be little in the way of public sympathy. “This is politically uncomfortable to say, but boarding schools have for many years been in receipt of significantly less funds so that the department’s mantra of resources following the child is simply not true for students in our school,” he says.

“We have had to increase fees in order to keep pace with the better funded ETB [Education and Training Board] and community sector. That said, we are very lucky to have a very supportive community of parents and students that have borne with us through very difficult times.”