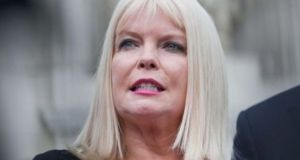 NUI Galway, which was at the centre of a high-profile gender discrimination row, is to receive official recognition for its work to advance gender equality.

The college, along with Maynooth University, has received the internationally-recognised Athena Swan bronze award, which demonstrates a solid foundation in eliminating gender bias.

It means all seven Irish universities are now recognised by the body.

Under new rules, higher-education institutions are required to have bronze awards by the end of next year to remain eligible for Irish research funding.

Latest available figures show women are significantly under-represented in the senior ranks of most of the State’s universities. While just over half of all of lecturers in universities are female, these numbers fall dramatically at higher grades such as associate professor (29 per cent) and professor (21 per cent).

In recent years, NUI Galway has introduced gender quotas for promotion schemes, along with inclusivity and unconscious bias training programmes for managers and staff.

Prof Anne Scott, NUI Galway’s vice president for equality and diversity, said the university was delighted with the award. She also welcomed a departmental level award for the university’s school of medicine.

“It recognises the energetic and sustained work in recent years to address equality challenges in the university,” she said. “However, we recognise that we are still at an early stage in this important journey.”

It ruled that Dr Sheehy Skeffington was discriminated against in a promotion round and ordered the college to pay her €70,000, promote her and review its appointments system.

Dr Sheehy Skeffington said she was surprised at the bronze award given that four other female lecturers were involved in High Court cases in which they allege they unfairly missed out on promotions. She said she felt actions by women over alleged gender discrimination had led to recent improvements.

Prof Scott said she hoped the university and the four lecturers would be in a position to resolve these matters in the very near future.

Maynooth University, meanwhile, said it was delighted to be the “first and only institution in Ireland” to achieve the Athena Swan bronze award under an expanded version of the charter. This includes arts, humanities and social sciences disciplines, as well as Stem (science, technology, engineering and maths).

She said a new action plan will outline the steps needed to ensure there is equality of opportunity for women within higher-education institutions.

“Gender discrimination, either in pay or promotion, will only disappear when work places mirror real life and reflect the fact that women make up 51 per cent of the population,” she said.