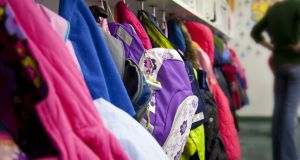 Nine special education schools received emergency funding from the State because they were threatened with closure as a result of spiralling insurance costs, the Department of Education has said.

Details emerged earlier this year of a financial crisis at St Teresa’s Special School in Ballinasloe, Co Galway after its insurance bill increased from €3,000 in 2017 to €26,00 this year.

The Department of Education said it has granted emergency funding – known as advanced capitation grants – to nine schools facing insurance cost increases and that “a number” of other special schools have requested assistance and their applications are being considered.

St Teresa’s and its sister school, St Oliver’s Special School in Tuam, have been issued with funding. Both are run by Ability West, a HSE-funded provider of special needs adult and children’s education and training services in Co Galway.

A capitation grant is provided to schools to cater for the day-to-day running costs. The schools will have to repay the advanced grants over time.

However, a spokesman for the department said it will take into account “the impact a full recoupment might have on the ability of those schools to meet other costs”.

“With this in mind, the department will engage with individual schools on methods of recoupment that are manageable,” the spokesman added.

Breda Corr, general secretary of the National Association of Boards of Management in Special Education, said insurance is “quite a big worry” for special education schools.

“It really affects smaller special schools, like St Theresa’s, who can’t absorb the costs but it still isn’t feasible for even the bigger schools to keep getting these year-on-year increases. It’s very severe for schools,” Ms Corr said. “Most schools did get a huge increase in the insurance cost.”

The association has put together a scheme called the community rated group scheme, which 47 different special needs schools have joined, and which hopes to prevent large increases again next year.

“We went to the market and appointed a broker and 47 schools have joined the scheme. We are confident there will be some interest from the market,” Ms Corr added. “We hope it will bring stability to the insurance sector and we hope that next year there will be no large increases again. We want to bring some comfort to schools.”

A spokesman for the department said it is aware of issues relating to “very significant increases” in insurance costs in some special schools.

“These increases appear due, in some instances, to an annual increase in insurance costs generally and, in some cases, an increase in claims against special schools,” the spokesman said.

The department said it is working as “a matter of urgency” with boards of management and relevant Government departments, including the Department of Public Expenditure and Reform and the State Claims Agency, to find a resolution.