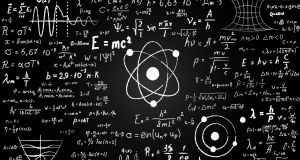 An anticipated question on acceleration due to gravity appeared in the higher level physics exam. Photograph: iStock

Hard-working students were rewarded by a higher level physics paper that included questions which appeared on previous exam papers, according to Pat Doyle, a physics teacher at the Institute of Education in Dublin.

“Students that practised with past papers, going right back to the introduction of the new syllabus in 2002, were rewarded in this exam,” he said.

“All the questions based on the experiments have appeared before. Even the little trick parts of the questions had been asked before. Students will be very pleased with question one on acceleration due to gravity, which was widely anticipated, as it has not appeared since 2009.”

However, students who had taken short cuts with their revision will have been caught out in section B of the paper, he said.

“Some of the questions in this section combined topics from different parts of the course,” said Mr Doyle.

Kevin Dunphy, a teacher at Heywood Community School in Ballinakill, Co Laois, said that the higher level paper quite fair.

“The students I spoke to were quite happy with the paper. But students may were disappointed that there was only half a question on particle physics and applied electricity, as this is normally a full question.”

A part of question six was taken from the sample paper in 2002, when the new syllabus was introduced.

“Question 11 was a very nice question on rivalries in physics: Tesla versus Edison and Lise Meitner versus Ottto Hahn,” said Mr Doyle.

“It was nice to see a question on the paper that showed the frail, human and competitive side of scientists.”

The ordinary level paper was also fair, said Mr Dunphy. “It covered a broad range of topics but some students may have found question eight, on heat, challenging for this level.”

* A light-year is the distance travelled by light in a vacuum in one year. Calculate this distance in metres.

* A book is decelerating as it moves to the right on a horizontal table. Draw a labelled diagram to show the forces acting on the book as it moves on the table.

* Polonium-218 is produced as the daughter nucleus in the alpha?decay of radon-222. Write a nuclear equation for this reaction.

* Neutrinos are sometimes called ghost particles. Why are they very hard to detect?