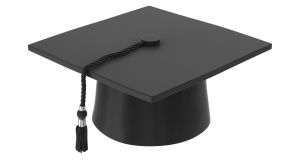 Irish third-level institutions have been left in the slipstream of rival jurisdictions such as China which are benefiting from massive investment.

International university rankings are deeply flawed measures of third-level colleges. They are produced by commercial organisations which sell their expertise on how to perform better. They ignore key aspects of college life such as the quality of teaching and learning. And the science behind some of the indicators is suspect, at best.

But there’s no escaping the fact they are highly influential indicators which guide foreign investment and flows of international students.

That’s why the latest set of university rankings matter.

A decade ago Ireland boasted two universities in the top 100 in the QS global rankings: Trinity College Dublin (43rd) and UCD (89th).

This year, Trinity has slipped further out of the top 100, falling from 104th to 108th place, while UCD has clawed back eight places to 185th.

This is, at least, stability of sorts in a sector which has been steadily falling down global rankings following a lost decade of underinvestment.

State funding for the sector has tumbled by up to one-third, while colleges have been left to make up the difference.

In the meantime, Irish third-level institutions have been left in the slipstream of rival jurisdictions such as China which are benefiting from massive investment. It is tempting on one level to dismiss this as an issue of little real concern to Irish students.

They are, after all, getting jobs and our graduates are well-regarded internationally.

But there are real reasons to be concerned.

The quality of teaching is under strain at Ireland’s third level. Over the past decade, student numbers in many colleges have risen by more than 20 per cent.

However, staff numbers have remained largely static due to Government-imposed recruitment restrictions.

This has led to overcrowded classes, reduced access to practicals and less support for individual students.

While in theory the austerity-era cap on new recruitment has not been lifted, in practice colleges are now beginning to turn a blind eye to it and are pressing ahead with hiring additional staff.

But it’s hard to see where funding will come from for a sustained investment in hiring additional staff over the coming years.

Hard-pressed families and students are already paying the second-highest fees in Europe.

The prospect of an income-contingent student loan scheme – which could allow for further increases – is off the agenda since the Government recently opted to kick this can down the road.

Some in the private sector, meanwhile, have grumbled over being forced to contribute extra to higher education through increases to the National Training Fund.

This leaves the public sector. The Government says it invested millions more in recent years.

The reality, however, is that this money is simply keeping most universities standing still.

One potential answer is to boost university autonomy and relax Government restrictions.

Most universities now generate the bulk of their income privately.

It is questionable whether the Government should wield such authority within a sector when it is becoming a minority investor.