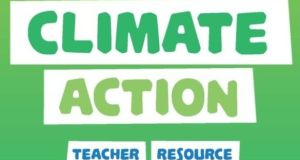 An Taisce said the “moderate advice” contained in the teacher resource document did not include dietary recommendations.

The Irish Farmers’ Association’s (IFA) response to recommendations that children cut back on meat and dairy has been “completely hysterical” and is indicative of the organisation’s preference towards industrial farming rather than organic and more sustainable farming methods, a member of An Taisce has said.

The IFA has called for the immediate withdrawal of an educational “Green schools” guide published by An Taisce which includes a recommendation that children reduce their meat and dairy consumption. IFA president Joe Healy described the document as “propaganda”, saying An Taisce had “crossed the line” in offering dietary advice.

John Gibbons, climate change spokesman for An Taisce, said the “moderate advice” contained in the teacher resource document did not include dietary recommendations but focused on educational material around climate change in line with best practice internationally. He added that packs were never distributed to schools but appeared only as an online resource.

“The suggestion that balancing our diet to a more healthy level with vegetarian foods represents some existential threat to farming is nonsensical, it’s a hysterical reaction,” Mr Gibbons said. He argued that the IFA was solely interested in representing the interests of beef and dairy farmers but overlooked those working in horticulture, tillage and organic farming.

“What I find fascinating is the IFA is effectively the Irish beef and dairy protection association. They don’t represent the rest of Irish agriculture. It’s not whether the model works for farmers, it works for the IFA. Horticulture, tillage and organic farming are a more sustainable way of producing food and employment but it’s not on the map because the IFA is pushing industrial agriculture to produce cheap commodities for the dairy PLCs and beef factories. There’s a huge disconnect between the ordinary farmer and what’s being said by the IFA.”

Mr Gibbons added that the educational document only included a short reference to dairy and meat consumption. “Another part recommends more cycling to school and the motor industry didn’t come out and say this would threaten car sales.”

Minister for Climate Action Richard Bruton defended the information pack, saying it was a positive resource for young people who have called on adults to take climate change seriously. “It is not to impose views, it is not like the meatless Fridays imposed upon us back in the day – this is about having a discussion about how their activity makes an impact on climate,” said Mr Bruton. He added that the resource pack would allow young people to have an “informed debate” around climate change. “This was to stimulate a discussion in the classroom. It wasn’t something being recommended to be adopted. That is something to be encouraged, not to be censored.”

Mr Bruton rejected claims that An Taisce had over-stepped its remit in offering food recommendations. “This isn’t dietary advice. It is a debate about what people might do, what sort of changes they could make in their lives and how they should consider these issues.”

Meanwhile, Pat McCormack, president of Irish Creamery Milk Suppliers Association (ICMSA) joined the IFA in condemning the document, describing it as an “anti-dairy and anti-livestock” ethos. “We will not accept a scenario where our own production is undermined while imported food products are promoted that, ironically enough, often do enormous environmental damage in their countries of origin – a fact that doesn’t appear to have been taken into account at all,” said Mr McCormack.

Asked to comment on calls to withdraw the guide, a spokesman for the Department of Education said the Green Schools Initiative was operated and coordinated by the Environmental Education Unit of An Taisce. He said it was a matter for individual schools what material they chose to use in their teaching curriculum.