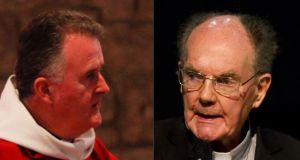 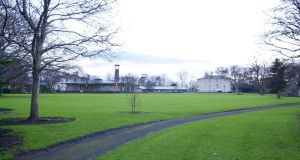 Gonzaga College in Dublin has expressed its “deep shock” at the death of two long-serving members of staff.

The Ranelagh school, which is under the trusteeship of the Jesuits, informed staff and students on Monday of the passing of Fr Joe Brennan SJ, a well-known religion and philosophy teacher, and Fr Kennedy O’Brien SJ, an English teacher. Both died, coincidentally, on the same day.

“As you can imagine, the college community is in deep shock at the loss of these men who gave their lives in service of Gonzaga College and its students,” the school told parents, in a short statement.

“ They will be greatly missed and each is in his own way irreplaceable.”

Fr Brennan, who had retired but continued to play an active role in school life, is understood to have been hospitalised in the days leading up to his death.

Fr O’Brien (61), who was the last remaining Jesuit to serve as a full-time teacher, died unexpectedly at home, according to members of the school.

Brian Flannery, delegate for education at the Jesuit Provincial Offices in Dublin, said the school had suffered a “body blow” in losing two of its finest Jesuits and teachers on the same day.

“Both loved the College and the Society of Jesus that they had given their lives to. Their legacy will be the love they instilled in their students, for God, and the values of the Jesuit order,” he said.

Fr Brennan was  an accomplished musician who colleagues said could move effortlessly between the styles of Mozart, Chopin, and other composers.

Mr Flannery said: “His famous line was: ‘If you don’t stand for something you will fall for anything’.

“He was one of nature’s gentlemen – accomplished but modest, wise but humorous, religious but never ‘a holy Joe’.”

Fr O’Brien was a native of Galway and former pupil of Coláiste Iognáid, Galway .
Prior to joining Gonzaga, he taught at Coláiste Iognáid and Belvedere in Dublin, all Jesuit schools.

Mr Flannery said he had made a “profound impression” wherever he taught and was respected by the boys, staff and parents across all three schools.

“Gonzaga held a special place in his heart, where he gave his all as the last Jesuit to teach a full teaching load. His area was English but he served as chaplain and retreat leader,” he said.

“His popularity and regard as a priest was indicated by the sheer number of weddings, baptisms and funerals that he was asked to officiate at.”

Along with rowing and cricket, Fr O’Brien had a keen interest in gardening, heraldry and the poetry of Gerard Manley Hopkins.

The school has also mourned the passing of one of its most celebrated past-pupils, Peter Sutherland, in recent days.