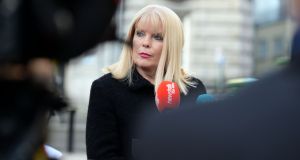 In order to speed up the pace of change, the taskforce – established by Minister for State Mary Mitchell O’Connor – has proposed gender specific appointments. Photograph: Eric Luke

The Government is to fund dozens of women-only professorships over the next three years to help “eradicate gender inequality” in higher education institutions.

It follows the recommendations of a taskforce which says dramatic steps are needed to ensure more women occupy key leadership positions.

While women make up half of university lecturers, they account for just under a quarter of professors. There has never been a female university president in more than 400 years of higher education.

Under the plan, up to 30 women-only professorships will be created at a cost of about €6 million over the next three years or so.

These gender-specific posts are likely to prove controversial as they will break with long-standing recruitment policies which promote equality of opportunity for men and women.

However, Government sources say these posts will be in addition to existing academic staff and confined to areas where there is “clear evidence” of significant under-representation of women, such as science or engineering.

Employment experts say if the process is successful, the practice could well extend to other areas of the public sector where there is an under-representation of women.

While there has been progress in narrowing the gender gap in recent years, the gender equality taskforce estimates it could take up to 20 years to achieve a gender balance minimum of 40 per cent females at professor level at the current pace of change.

In order to speed up the pace of change, the taskforce – established by Minister for State Mary Mitchell O’Connor – has proposed gender specific appointments.

The taskforce report says these appointments will only be funded in areas where other initiatives have trialled without success, and where they would be a “proportionate and effective means” to accelerate change within colleges.

A number of universities internationally have introduced similar measures in jurisdictions such as Holland and Australia.

The Attorney General is understood to have given the green light to these appointments, through sources say they may well be the subject of legal challenges.

The taskforce report – which builds on an expert group report led by former EU commissioner  Máire Geoghegan-Quinn – contains other measures aimed at achieving a gender balance in higher education. They include:

* Financial penalties for higher education institutions which fail to meet targets to narrow the gender gap;

* A requirement that all colleges to set “ambitious” one-, three- and five-year targets for the promotion and recruitment of academic, professional, management and support staff;

* A gender balance in the final pool of candidates for all positions; where women do not apply in sufficient numbers, they may also be head-hunted;

* Concrete actions on the part of all colleges to address the stereotyping of “female” and “male”roles;

The response from representative group for higher education institutions has been positive so far.

The Irish Universities’ Association welcomed the taskforce report and said it was “fully committed” to bringing about meaningful and sustainable change in gender equality in universities.

“This is an opportunity for delivering a step-change in gender equality across higher education,”said Jim Miley, the association’s director general.

The Technological Higher Education Association, which represents the State’s 14 institutes of technology, said it “strongly supports” the aims.

Campaigners for gender equality have also given the plan a cautious welcome.

Micheline Sheehy Skeffington, who was found to have been passed over for promotion on the basis of her gender for a professorship post at NUI Galway, said dramatic, temporary steps, such as gender quota were needed to tackle the mindset that “women are not suited to leadership positions”.