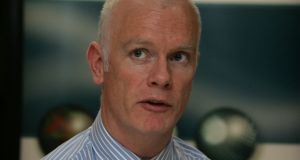 Dr Graham Love, former chief executive of the Higher Education Authority. ‘What is the point of having a specialist agency, conferring functions upon it and then ignoring or discouraging its advice?’ he writes. Photograph: Cyril Byrne

The Government is taking over too much control of the third-level education system and is frequently ignoring the expertise of State advisory bodies, according to the former chief executive of the Higher Education Authority (HEA).

In his first public comments since resigning as HEA chief executive last year, Dr Graham Love has expressed concern at how the authority’s work has been marginalised.

In an opinion article in The Irish Times, he writes that the authority is the national advisory body on higher education and its role is to develop higher education policy and provide advice to the Minister.

“In my experience, the HEA’s advice was often ignored by the department, in some cases was unwelcome and sometimes the agency was actively discouraged from developing advice in the first place,” Dr Love writes.

During his time as chief executive, he says the publication of sensitive reports – such as the international panel review of teacher education – were delayed by more than a year.

In another case, the department took over the development of a system performance framework to measure the performance of third-level institutions and sidelined the authority.

“What is the point of having a specialist agency, conferring functions upon it and then ignoring or discouraging its advice?” he writes.

“Since the recession I have observed an increasing tendency of Government departments to pull operational matters back under their control,” he writes.

“As examples, the way in which capital funding and funding for under-represented students in higher education is allocated is tightly controlled by the Department of Education and Skills. There is a thin veneer of HEA involvement, but the important decisions take place in Marlborough Street. This must stop.”

His comments follow the publication of the department’s plan to reform the governance of third-level education.

They include replacing the authority with a new Higher Education Commission (HEC), along with new powers to carry out reviews into the performance of third-level colleges

Dr Love said many of the changes in the planned legislation were worthwhile and would give greater powers to the authority.

However, he warned that the new commission would need to be “able to do its job”.

During an interview with The Irish Times in Cape Town, where the college is seeking to forge closer links with other universities, Mr Prendergast said he believed one of the great strengths of the Irish higher education system was its independence.

“We value that highly,” he said. “We realise that we have to be responsible for public money when we get it. Absolutely we are accountable for that. But we think independence of the university systems is very important.”

When asked if the new legislation could curtail universities’ independence, Mr Prendergast replied: “well, that is the risk”.

“Since the [2008] economic crash, universities have continued to deliver high-quality, higher education and to compete globally in research,” he said.

“Take away autonomy; take away freedom for decision-making about how best to use our funds, then we could easily damage the university system, so we have to be very conscious not to do that.”

The department said in a statement last month that its reform plans would not undermine the autonomy of universities.

In a statement, it said they would have “no implications for the vital principle of academic freedom which is fully protected by the existing legislative framework for higher education”.

Mr Prendergast went on to say he did not think there was intention to curtail university autonomy, “so let’s work collaboratively together to ensure that the regulatory environment that we have in Ireland promotes improvement, further development and the global competitiveness of our universities, and not the opposite.”