Confusion among schools over advice to students returning from affected areas 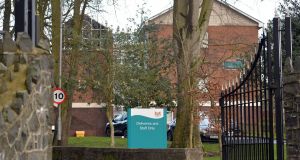 Banbridge Academy in Co Down is one of three schools in the North that have returning pupils from trips to Italy. They have been sent home and their families asked to self-isolate. Photograph: Alan Lewis/Photopress

There has been confusion among schools and parents over how to deal with pupils who have returned in recent days from trips to areas of Italy and Tenerife affected by the coronavirus.

Some schools have sent children home over fears pupils and staff members may have been exposed to coronavirus after travelling abroad during the half-term break.

Most others, however, have advised their students to continue attending classes as normal in the absence of any symptoms.

The Department of Education said the latest health advice is that anyone who has visited affected regions in the last 14 days and displays symptoms – such as fever and dry cough – should self-isolate and phone their GP.

However, there is no need to quarantine students who have recently been in affected regions and show no symptoms.

Despite the advice, schools have responded differently to the threat of disease, formally known as Covid-19,

For example, two secondary schools in Donegal – Loreto in Milford and Scoil Mhuire in Buncrana – have advised pupils to stay at home as a precautionary measure.

In contrast, a third school in the region – Carndonagh Community School – has not sent pupils home who have returned from skiing trips to Italy. Carndonagh said it liaised with the Health Service Executive who were satisfied with the precautions they have taken.

Vice-principal John McGuinness said they were advising students to self-isolate if they displayed symptoms of the coronavirus as a precautionary measure. All students who were on the trip were given the option of staying at home but none had taken up this offer.

The different response of schools in Ireland mirrors the situation in the UK, where public health advice is the same.

For example, Public Health England says students who have visited northern Italy – outside of the towns in lockdown – may continue to attend school if they do not show any symptoms. It is also advising schools that there is no need to shut.

However, several schools have opted to close on the basis they have a “duty of care” to staff and pupils.

There has also been concern among the parents of children with compromised immune systems who are worried about the risk posed by students recently returned from northern Italy or Tenerife.

On foot of these concerns, some schools have issued letters in recent days stating that parents of students with compromised immune systems/underlying illnesses may consider it prudent to keep their child at home.

The National Association of Principals and Deputy Principals said its advice to school principals over recent days has been to simply follow official HSE guidelines.

The association’s director, Clive Byrne, said that along with concern over recently returned school trips from affected areas, some schools are now worried about Easter trips to other parts of Europe, such as Spain, where cases are being diagnosed.

“The best advice for now is to follow the HSE guidelines. The bottom line is that students who do not have symptoms should go to school, but those with symptoms should self-isolate,” he said.