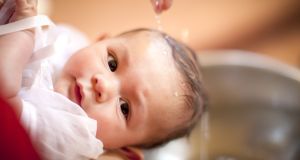 While the “baptism barrier” has been removed for most schools, minority faith schools may are entitled to discriminate based on religion in their admissions. Photograph: iStock 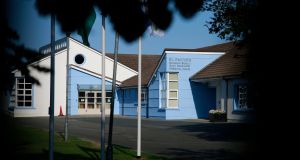 Should a child who attends church services regularly get priority access to their local State-funded school?

It’s a question that goes to the heart of a heated debate over school admissions which flared up last week when a principal resigned from a Church of Ireland primary school in Greystones.

Eileen Jackson, who had led St Patrick’s National School in Greystones, Co Wicklow, for more than 20 years, announced her resignation on the basis that the school was taking a “new direction” by making admission to State-funded education a “collateral benefit of parochial engagement”.

In an email to parents, she said she had become increasingly concerned at the school’s departure from its inclusive ethos.

Minority-faith schools are entitled to discriminate in their admissions on the grounds of religion, which typically involves the production of a child’s birth certificate.

However, St Patrick’s admissions policy gives priority access to children who are “accustomed members” of the Church of Ireland parish of Greystones.

Schoolchildren are, in effect, ranked on how often they appear for services or how involved they are in the church activities. An active parish affiliation form requires the signature of the rector, who decides whether the child meets these criteria.

The local rector and chair of the school’s board of management, Canon David Mungavin, has insisted the school is not “going in any new direction” and has no plans to do so.

“There have been no changes to the admissions policy for the school and there are no plans for changes,” he said, in an email to parents. “St Patrick’s National School has and will remain a diverse and inclusive school under Church of Ireland management.”

The issue, which had divided the community, has put into sharp focus the vexed issue of religion and education across our national school system.

For those who believe in secular education, it is yet another sign of the heavy hand of church bodies in controlling admissions to State-funded schools.

But for those who strongly believe in faith-based education say it is a necessary step to protect the ethos of faith-based schools, which are protected under the Constitution.

With secularism on the rise across the nation, it is a debate which may have implications for Catholic schools if they are intent on saving what they see as their characteristic spirit in future.

While many rural Church of Ireland schools struggle to attract numbers, Greystones is different.

While most residents are Catholic, Greystones – with street names such as Trafalgar and Victoria Road – has the highest Protestant population of any town in the Republic.

Census figures indicate that just under 10 per cent are members of the Church of Ireland, compared to about 2 per cent nationally.

Some disgruntled parents say they have missed out on places for their children when they were told they were not “active” parish members.

“The rule seems to be that you’re not Protestant enough,” says one parent who opted to baptise their child into the Church of Ireland.

There are also fault-lines within the Church of Ireland community over how far its schools should go in order to protect their ethos.

“It’s a very worrying development,” says one church source. “We’ve always been inclusive. We can’t close ranks and treat the school like a club for just the dedicated Church of Ireland members. We’re a school for the community.”

A key source of tension relates to St Patrick’s board of management’s recent decision to refuse an extra teacher, which it was entitled to for the coming school year.

Some parents claim the move was to prevent St Patrick’s numbers growing and potentially diluting its Church of Ireland ethos. About 60 per cent of the school’s children are Protestant.

However, an education source familiar with the board’s decision to turn down an extra teacher, says it was linked to planning and sustainability concerns and insist there is no attempt to restrict numbers in order to protect its ethos.

The source points out that there are enough school places to meet demand across the seven primary schools in the area.

They also point to the fact that about 40 per cent of the school’s 280 children are not Protestants.

“The figures show conclusively we’re open and inclusive – that is not going to change,” they add.

There are also tensions locally over changes to admission rules for the town’s new secondary school, Temple Carrig.

The school, established in 2014, is one of just a handful of secondary schools to be established since the foundation of the State under the patronage of the Church of Ireland.

It won a public poll to secure patronage with a campaign that promised it would be open to children across all the local schools.

A year after it opened, it changed its admissions policies to give priority to those who have an “active parish affiliation” with the Church of Ireland.

“We supported the Church of Ireland campaign on the basis that it would offer equal access to children from all the local schools,” says one parent. “Now, my kids can’t get into the school . . . We feel we were misled.”

A school source, who declined to be named, insists the changes were consistent with commitments given to the community at the time.

“We set it up thinking we would have space for all applications, but we ended up being oversubscribed. We got that wrong,” the source says. “It’s a Church of Ireland school, so we had to give some limited provision for children from the Church of Ireland community.

“It was a proportionate prioritisation, necessitated by the demand . . . We’d love if we didn’t have to prioritise anyone.”

The source also defended the use of the “active parish affiliation” rule on the basis that it was the fairest way to determine a child’s faith.

“There are people who baptise their children and never darken the door again. Baptism certs are a discredited currency.... this is much fairer.”

The source points to the Temple Carrig’s diversity as a sign that it is not a “Protestant school for Protestant pupils”.

About 20 per cent of the school’s students are members of the Church of Ireland, while 60 per cent are Catholic. The remainder include a variety of different faiths and beliefs.

“We – the Church of Ireland – have been models for inclusive multi-denominational education for decades,” the source says.

The controversy over admissions policies in Greystones comes at time when a wider debate is unfolding over whether all children should have equal access to State-funded education.

Some 95 per cent of primary schools remain under denominational control, the vast majority of which are Catholic.

The removal of the baptism barrier for admissions to Catholic schools has been welcomed by all major political parties as a first step towards improving access for pupils.

Minority faiths such as Church of Ireland have been excluded on the basis that it would make it harder for them to protect their ethos.

Many feel these measures do not go far enough. Labour, for example, has proposed that the Citizen’s Assembly meet to consider a constitutional referendum to end religious control of schools.

Following same-sex marriage and abortion referendums, it says the next major constitutional question to be asked of the Irish people relates to church control over education.