Are plans to close gender gap in university posts fair? 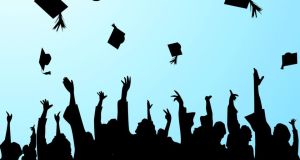 Many argue there is unconscious bias and subtle sexism against women in higher education. The stereotype of a professor remains an erudite, tweed-jacketed older gent. Photograph: Digital Vision

The figures are stark: while women account for half of all lecturers in university, they make up just under one-quarter of professors.

They are also far more likely to earn less, with men accounting for the vast majority of best-paid posts in higher education.

Some 70 per cent of those earning in excess of €106,000 are men at university level, while it rises to 83 per cent in institutes of technology.

NUI Galway has the lowest proportion of female professors (12 per cent), while UL (31 per cent) has the highest, followed by DCU and Maynooth University (30 per cent).

There has also never been a female president since the establishment of the first Irish university more than 425 years ago.

What’s the reason for such a gaping divide? Many argue there is unconscious bias and subtle sexism against women in higher education. The stereotype of a professor remains an erudite, tweed-jacketed older gent.

While progress has been made in narrowing the gap over recent years, the pace is slow.

At the current rate of progress, it could take up to 20 years to achieve a gender balance minimum of 40 per cent females at professor level.

The most eye-catching proposal – which is set to be implemented by the Government – is the creation of new gender-specific, or woman-only, professorships.

It is understood that the Government will announce on Monday that it is prepared to fund up to 30 such full-time posts over the next three years.

These posts will be in addition to existing academic staff and confined to areas where there is “clear evidence” of significant under-representation of women.

This, for example, could apply to the science or engineering department of most universities.

While it is a dramatic move – no Government has yet taken this kind of bold action to date – it also begs some other questions: is it fair – and is it legal?

While it is a dramatic move – no Government has yet taken this kind of bold action to date – it also begs some other questions: is it fair – and is it legal?

The move is likely to spark controversy because its breaks with long-standing recruitment policies which promote equality of opportunity for men and women.

Highly qualified men may well feel they will miss out on senior posts because of their gender and not their qualifications.

Many women, including campaigning feminists, who feel quotas diminish women’s achievement may also baulk at the move.

There is also the argument that so-called politically correct targeting does not result in the best candidates getting the top jobs.

These are all arguments which are likely to be made – mostly in private.

However, Government sources say these new gender-specific posts will be in addition, or over and above, existing academic staff.

As a result, they argue, men will not miss out on promotions: the same opportunities that were available will still be there.

They will also be confined to areas where there is “clear evidence” of significant under-representation of women, such as science or engineering.

Under the plans, colleges will apply for these posts – which will paid out of additional State funding – in cases where they can demonstrate that they are a proportionate and effective means to accelerate sustainable change within institutions.

Colleges will also need to show that other initiatives have been trialled to narrow the gender gap, but have not resulted in sufficient progress.

Also, the proportion of these gender-specific posts, in the context of the thousands of academics funded out of the public purse, is very small.

Notwithstanding this, there’s also the matter of whether this policy will operate within the law.

Sources, however, argue that while equality of opportunity is still the bedrock of promotion policies, equality of outcome can justify these kinds of steps. They also point to European case law which supports this approach.

And what about under-represented men: surely there are female-dominated areas such as nursing or teaching where males could benefit from such positive discrimination?

In theory, yes, say sources familiar with the policy. However, a closer examination of these programme areas show that men – though fewer – are more likely to be promoted to senior roles.

While these moves may sound dramatic, they are not unprecedented.

Women-only academic jobs were advertised by the University of Adelaide earlier this year in a bid to encourage more females into the engineering, computing and mathematics fields. Delft University of Technology in Holland has taken similar steps.