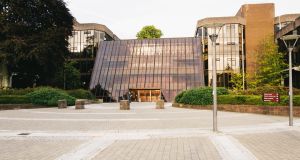 University of Limerick: Outside Dublin, proximity to a third-level college and socio-economic status seemed to be key determining factors in whether or not students go on to third level. Photograph: iStock

Students from the most affluent parts of Dublin are up to 14 times more likely to progress to university than their counterparts from some schools in the city’s most disadvantaged areas, the annual Irish Times “Feeder Schools” supplement shows.

These figures indicate both the extent of middle-class privilege and the inequality that continues to pervade the education system despite decades of investment in deprived schools.

A breakdown of figures nationally also shows that schools in the State’s most privileged areas are sending the highest number of students to university and these are taking high-points courses.

Fee-paying schools and those based in affluent areas continue to dominate Feeder School league tables, accounting for 17 of the top 20 schools that send the most students to college.

Muckross College, a non-fee-paying all-girls school in Donnybrook, Dublin 4, had the single highest progression rate to university and high-points courses.

This was closely followed by Coláiste Iosagáin, a non-fee-paying all-girls Gaelscoil in Blackrock, Dublin 4, and Sandford Park, an inter-denominational fee-paying school in Ranelagh, Dublin 6.

All these schools recorded college progression rates in excess of 100 per cent. This is because students who defer college, or who repeat a year, are recorded in the same data that is compiled by third-level colleges.

Disadvantaged, or Deis, schools recorded average progression figures of 57 per cent. This overall rate has not changed significantly over the past five years.

Outside Dublin, proximity to a third-level college and socio-economic status seemed to be key determining factors in whether or not students go on to third level. In Galway, an average of 84 per cent of students go on to third level, with an average of 79 per cent in Cork city and county, 76 per cent in Kildare. By contrast, there were much lower progression rates in Longford (61 per cent) and Sligo (64 per cent).

Schools which teach through Irish also continue to outperform many other schools with progress rates of just over 80 per cent. While they account for just 48 of the 700-plus secondary schools – about 7 per cent – they accounted for eight of the top 25 schools with the highest college progression rates.