Woman released after arrest over alleged threats to rape victim 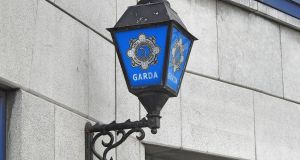 A woman arrested for alleged threats to kill or cause harm to a victim of sexual violence in a courtroom after two men were jailed for raping her, has been released.

After the sentence was handed down and the judge had left the courtroom, some supporters of the men shouted at the victim. One woman shouted obscenities, and another person shouted “You’re a liar” and “You’re going to pay for this”.

On Thursday gardaí said they had “arrested a woman in her early 20s in connection with an allegation of making threats to kill or cause harm to the injured party in a trial which concluded at the Criminal Courts of Justice on Monday February 17 last”.

They said the woman was arrested on foot of a complaint received by gardaí. She was being held under the provisions of Section 4 of the Criminal Justice Act 1984 at a Garda station in Co Leitrim before being released on Friday morning. A file will be prepared for the Director of Public Prosecutions and gardaí say investigations are ongoing.

Tributes paid to Ireland’s deputy ambassador to China who died on Sunday 18:28
No acting the goat when it comes to cleaning up Cork graveyard 18:26
Man jailed for three years for ‘barbaric’ circumcision without anaesthetic 18:18
Coronavirus: No new Covid-19 deaths reported in State for first time since March 18:07
Judge to re-watch CCTV evidence in Sil Fox sex assault case 16:11