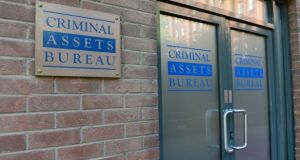 The €53.6 million value of the Bitcoin is the biggest case in the Cab’s 25-year history, but is out of the bureau’s reach.

A drug dealer who amassed a €55 million fortune in the cryptocurrency bitcoin has lost the codes to access the accounts after hiding them with his fishing rod, which has now gone missing.

The Criminal Assets Bureau (Cab) has confiscated the 12 online accounts, or wallets, containing 6,000 bitcoin. However, The Irish Times has learned the accounts cannot be accessed because the codes are missing.

It means the €53.6 million monetary value of the bitcoin inside them, which is the biggest case in the Cab’s 25-year history, is out of the bureau’s reach.

Garda officers said they were hopeful advances in technology would one day enable them to access the bitcoin so it could be sold.

Clifton Collins (49), originally from Crumlin, Dublin, bought most of the bitcoin in late 2011 and early 2012 using cash he made growing crops of cannabis. The crypto currency has soared in value since then. Collins spent some of his money buying a two-seater gyro plane and learning how to fly it.

In early 2017 he had just over 6,000 bitcoin in one account but he feared it may be too easy for a hacker to access. He decided to spread his wealth across 12 new accounts and transferred exactly 500 bitcoin, worth almost €4.5 million, into each of them.

Collins then printed out the codes for the 12 accounts onto an A4 piece of paper. He hid the paper inside the aluminium cap of his case containing his rod which he kept at his rented home in Farnaught, Cornamona, Co Galway.

But when he was arrested with cannabis herb in 2017 in Co Wicklow and jailed for five years, there was a break-in at the house and it was also cleared on behalf of the landlord with many of Collins’s items being taken to a dump in Co Galway.

Workers at the dump told gardaí they remembered seeing discarded fishing gear. However, waste from the dump is sent to Germany and China to be incinerated and the fishing rod case has never been found.

Collins told gardaí he has had time to come to terms with the loss of the money and regarded it as punishment for his own stupidity.

Much of what he has told the Garda has been supported by a range of witnesses, including those who cleared his house, his landlord and others who helped him break up his bitcoin fortune into 12 accounts. Garda believe he has genuinely lost the codes for the accounts, which had not been accessed for a year before he came to the attention of the Garda.

The Dubliner is a former security guard who briefly became a beekeeper and won awards for his honey before he turned his attention to growing cannabis for more than a decade. Collins had much smaller amounts of bitcoin in other accounts, valued at €1.5 million, that the Cab has been able to access. Those bitcoin and more than €100,000 in cash has been seized from him.