Why drug crime is rising in Cork and Waterford 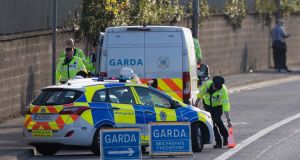 The changes even two years can bring. Two years ago, gardaí in Bandon in Co Cork brought dozens of prosecutions against people for being incapable behind the wheel following road checks in the month of July.

Forty of them were for drink-driving. “Probably just one was for drugs. Drug-driving is just as dangerous, when your reactions are slow and you can kill someone on the road just as easily,” says Supt Brendan Fogarty.

This July, Bandon gardaí were just as busy, albeit with different results. “We had 41 people failing drink- and drug-driving tests – 21 were for drink and 20 for drugs, so it’s almost half and half,” he told The Irish Times.

Throughout Co Cork, the picture is the same, with gradual but consistent increases in drug detections. Some of the rise is explained by extra Garda action on the ground. The rest is explained by greater drug use.

Among the towns to show increases in drug crime between 2015 and 2018 – albeit from low bases – were three in the Midleton Garda District: Midleton itself, Cobh and Youghal.

Most of the detections involved cannabis, cannabis herb and cocaine for both personal use and sale or supply, says Supt Adrian Gamble in Midleton.

“Thankfully heroin is not a major cause of concern in east Cork, but cocaine, cannabis and cannabis herb are concerns and we’ve had some important seizures where we’ve arrested suspects involved in the supply of all three.

“We have had increases in detections over the last four years and I attribute that to increased Garda activity – we’ve had a dedicated drug unit working in the area and they have had some good success against dealers,” he says.

Intelligence-led operations have led to seizures of drugs worth €4,000 and €5,000, but on-the-street policing has brought “some good detections, stopping and searching people and getting smaller amounts”, he said.

In Waterford, meanwhile, offences for possession and intent to supply have both risen by almost one-third in the last year.

Many dealers remain “independent” operators, according to local sources, concentrating on the streets and housing estates they know and only rarely becoming organised into a larger criminal gang.

However, the toll of misery is no different to elsewhere. Extortion and intimidation is frequent, with people having to flee the city because of the debts they owe, leaving other family members to face the bill.

In recent times, there have been concerns that a more “sophisticated” operation has been trying to find a footing in the drugs trade in Co Waterford, illustrated by a number of petrol bomb arson attacks last summer. Extra gardaí were drafted into the drugs squad as a result.

Some dealers operate from houses owned by the local council. Earlier this year, Waterford Council boarded up one house when they realised it was being used to store drugs, not as a home. A day later it was firebombed.

The Criminal Assets Bureau has targeted some local dealers, seizing designer watches, jewellery and clothing in raids last April near Kilmeaden from a gang with links to minor dealers in Portlaw.

In Portlaw, drug offences have risen sharply, from four in 2015 to 87 in 2018. The numbers are partly explained by the existence of the All Together Now music festival, which brings in large numbers of people from outside, but locals have seen a rise in cocaine use.

Parents have been left “frantic” as a result of their teenage children being lured into the local drugs scene, according to councillor Declan Clune, who chairs Waterford’s Joint Policing Committee.