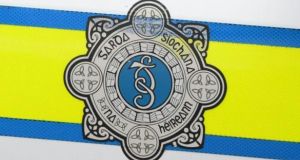 Garda specialist units are currently housed in Harcourt Square but must vacate the offices by the end of 2022. Photograph: Frank Miller

The Office of Public Works (OPW) has warned there will be “huge financial implications” if there are further delays to work on a new Garda command and control centre near Dublin’s Heuston Station.

The €80 million construction project on Military Road began earlier this year and is scheduled to take 2½ years.

Currently, Garda specialist units are housed in Harcourt Square but must vacate the offices by the end of 2022, as the OPW’s lease on the building expires. The new six-storey complex near Heuston Station must be ready before the Garda units have to leave their current offices.

Initially the project was to be completed before July 2022, but delays have now pushed the timeline for completion to the end of September 2022.

The OPW, which manages State property and leases, expressed concern over delays on signing off the construction contract at the start of this year.

In a letter earlier this year, OPW chairman Maurice Buckley warned that a failure to meet the strict deadline to vacate Harcourt Square “would have huge financial implications” for the State.

Mr Buckley told Garda Commissioner Drew Harris and Department of Justice secretary general Aidan O’Driscoll, that he did not want to put an estimate of the financial exposure on record. “Suffice it to say, it is of a magnitude that none of us as accounting officers could countenance taking every available measure to avoid,” the letter, dated January 23rd, said.

Mr Buckley said it was “imperative” the building work started as soon as possible. Due to the “gravity of the situation”, senior OPW officials were meeting to discuss “the balance of risk involved in any further delay”, he said.

The correspondence and other records were released to The Irish Times under the Freedom of Information Act.

The new Garda command centre will house the Dublin Metropolitan regional headquarters, the Emergency Response Unit, the Criminal Assets Bureau, the Bureau of Fraud Investigation and the Special Detectives Unit.

Minutes of a steering group meeting for the project on October 16th, 2019, stated it was hoped construction would begin in early January 2020.

At a steering group meeting on January 20th, the OPW said it was “extremely keen that the [construction] contract is signed as soon as possible so that work can commence.”

The meeting heard Robert Watt, secretary general of the Department of Public Expenditure, had written to the OPW stressing the importance of advancing the project, due to the potential “financial penalties” the State would face if it was delayed.

The contract for the building works was signed off on February 10th, with contractor John Paul Construction beginning work later that month.

The project was “still on programme and is now scheduled for completion by the end of September 2022”, she said.

A previous agreement with building owners Hibernia Reit for a six-year extension of the Harcourt Square lease in 2016 cost the OPW €6 million a year.

Some of the Garda units in Harcourt Square are to relocate to a new Irish Rail control centre planned for Heuston Station.

However, due to the coronavirus pandemic Irish Rail’s new control centre will now not be completed until late 2021, and only become operational from 2022.