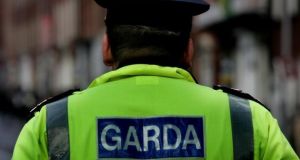 Two people have been arrested following the seizure of €440,000 worth of cocaine in Co Clare on Friday.

A woman in her 40s was arrested and is being held at Henry Street Garda station in Limerick under Section 2 of the Criminal Justice (Drug Trafficking) Act 1996.

In a follow-up operation on Saturday morning, a man in his 40s was arrested in the Castletroy View area of Limerick. He is being held at the same Garda station.