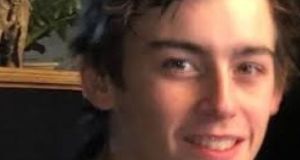 Cian English (19), originally from Bullock Park, Carlow town, was living with his parents Siobhan and Vinny and older brother Dylan, in the eastern Brisbane suburb of Hawthorne

Two teenage girls have been charged with the murder of an Irish teenager who fell to his death from a balcony in Australia.

Cian English (19), originally from Bullock Park, Carlow town but who was living with his parents Siobhan and Vinny and older brother Dylan, in the eastern Brisbane suburb of Hawthorne, suffered traumatic injuries when he fell from a balcony at the View Pacific resort in Surfers Paradise on May 23rd.

Three men were already charged with Mr English’s murder, Jason Ryan Knowles (22), Hayden Paul Kratzmann (20), and Lachlan Paul Soper-Lagas (18), and have been remanded in custody until August 4th when their cases will be mentioned in court.

They also face two charges of armed robbery and two counts of deprivation of liberty, on the Gold Coast located 74kms away from Brisbane.

The girls were arrested on Thursday and have also been charged with armed robbery, deprivation of liberty, torture and stealing.

Det Supt Smith said police would allege the two girls were “aiding or encouraging an offence”.

Meanwhile, the remains of Cian English were cremated following his funeral in Brisbane on Wednesday.

An additional service will be held in the Cathedral of the Assumption Carlow at a later date when his ashes are brought back to Ireland.