Decrease in assaults, threats to murder and harassment since March, figures show 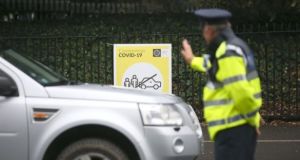 The coronavirus pandemic has coincided with large drops in most categories of crime but significant increases in domestic violence, drug dealing and online fraud.

Most offences in the crimes against the person category have dropped dramatically since March including a 24 per cent decrease in assaults, threats to murder and harassment.

Minor assaults have also dropped by 30 per cent, compared to the same three month period in 2019 - likely largely due to the complete closure of pubs and nightclubs as a result of the pandemic.

Offences associated with alcohol and nightlife activities are down significantly including a 28 per cent decrease in drunkenness offences.

Instances of assaults in public places had been falling prior to the pandemic and in the first two months of 2020 were 10 per cent down on the same period last year, the Garda said.

This coincided with Operation Soteria, a pro-active Garda operation to reduce such attacks.

Theft offences have also fallen. Between March and May there were 62 per cent fewer thefts from persons compared to the same period last year.

Shoplifting is down 39 per cent and robberies 30 per cent. Two thousand burglaries have been reported since March, a 44 per cent decrease on last year.

Car theft is down 43 per cent but bicycle thefts decreased by a much more modest 9 per cent. There have been 510 car thefts and 1100 bicycle thefts since March.

Other serious offence categories which have seen large decreases include sexual offending (down 38 per cent) and fraud type offences which are down 21 per cent.

There has also been an 18 per cent increase in Garda notifications to Tusla. Gardaí are obliged to inform the Child and Family agency if a child is present during a domestic violence incident.

These figures likely reflect the increased amount of time people are spending in the home.

The pandemic is also likely responsible for a 25 per cent increase in assaults on gardaí and incidents of resisting arrest; the enforcement of the coronavirus movement restrictions means gardaí have had far more contact with the general public than normal.

There were 93 incidents of spitting or coughing against Gardaí between April 8th and June 6th, 2020.

Gardaí have used spit-hoods - wire and mesh face coverings used to stop suspects spitting or coughing - 70 times so far, including three times on people aged under 18.

Commissioner Drew Harris previously to the Policing Authority the hoods should not be used on minors.

While fraud is down in general, online fraud is up by 55 per cent and phishing scams- fraudulent attempts to gain access to sensitive information such as credit card numbers- are up 45 per cent.

Drug offences are up by 10 per cent including an 18 per cent rise in possession for sale or supply.

Some of this is due to increased detection rates thanks to the large numbers of Garda checkpoints established to enforce the coronavirus movement restrictions.

The figures are based on provisional data and are liable to change, the Garda warned.

“During the Covid-19 crisis, Gardaí have shown their determination to continue to prevent and detect crime with significant seizures and arrests for drugs, organised crime, burglaries, and drug and drink driving,” said Deputy Commissioner, Policing and Security, John Twomey said.

“We have maintained our focus on protecting the vulnerable in the current situation. For example, early on we put in place a specific operation to help victims of domestic abuse, as well as encouraging all victims of this crime to report any concerns they have to us.

“An Garda Síochána’s mission is to keep people safe. Every day, members of An Garda Síochána show their dedication and professional in challenging circumstances to deliver on that mission by protecting and supporting communities.”