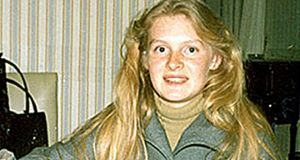 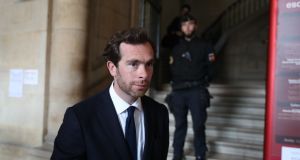 It may not even be the penultimate chapter but there was a real sense that the story of French film producer Sophie Toscan du Plantier, if not reaching a denouement, was at least coming home with the opening in Paris of the trial of the man charged with her murder.

English journalist Ian Bailey (62) did not show up for the trial, but in many ways the opening day was more about the personality of the victim and how her desire for privacy and serenity perhaps ultimately cost her her life.

The Cour d’Assises de Paris where Bailey is on trial in absentia is located in the heart of the Île de la Cité - almost within a stone’s throw of the Gothic grandeur of Notre Dame, its grey stone facade still standing defiant after the most recent catastrophe in its 850-year history, the ruinous fire of two months ago.

History looms large on every street. It was just around the corner that Sophie grew up with her siblings, Bertrand and Stephane and their parents, Georges and Marguerite Bouniol. She was baptised at nearby St Eustache before being confirmed at Notre Dame.

But if history provides one point of contrast in the life of Sophie Toscan du Plantier, it is perhaps Paris’s bustling sense of centrality that provides perhaps even the greater contrast – when pitched beside the rural retreat where her life was so brutally ended over two decades ago.

Cars and scooters roar down the quays fronting the Seine, river boats plough through its grey-green waters, the Metro spews out thousands of people daily – this is Paris, capital of France and a city of the world, home to over 10 million souls and a world away from Toormore in West Cork.

With boggy fields, winding boreens looping over rocky outcrops, withering furze and ferns browning on the hillsides and the wild isolation – and perhaps, above all, the silence – Sophie Toscan du Plantier could have hardly have chosen a greater counterpoint to Paris.

Marguerite Bouniol has spoken about how her daughter refused to be subsumed by the superficiality of the Parisian cultural milieu where she worked as a film producer and instead, to maintain her sanity, sought out an oasis of calm and serenity to which she could escape.

Inspired by a romantic view of Ireland, in particular by the poetry of WB Yeats, she found her rural retreat in the rocky hills of West Cork, where she relished in the peace and solitude.

As her son Pierre Louis Baudey-Vignaud observed last week at a mass in Goleen when appealing for Irish witnesses to travel to Paris, his mother not only loved West Cork, she trusted it.

And it was that trust which prompted her to open the door to her killer one night in December 1996.

Sophie’s elderly parents displayed great grace when they arrived at the elegant oak panelled Cour d’Assises for the trial, for which they have waited almost a quarter a century.

They smiled politely to the press before taking their place in the court room as presiding magistrate, Frederique Aline emerged with two colleagues and asked for witnesses.

She was told three witnesses might yet come from Ireland to join the five French witnesses present in the body of the court.

And then it fell to Judge Aline to read through the 42-page indictment and as she did, Bailey’s name began to feature with increasing regularity.

The glass walled dock in court may have been empty but not for the first time, Ian Bailey was starting to loom large over the story of Sophie Toscan du Plantier.