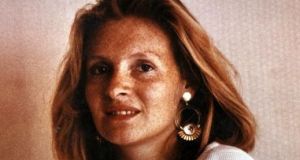 Sophie Toscan du Plantier (39) was found murdered at her holiday home near Schull in 1996.

A solicitor representing Ian Bailey has challenged the Diocese of Cork and Ross to explain how it allowed his client “be read from the pulpit” in relation to the murder of Sophie Toscan du Plantier at the weekend when he has not been convicted of any offence in relation to her death.

Frank Buttimer said he was astounded to learn that Ms Toscan du Plantier’s son, Pierre Louis Baudey Vignaud (38) had been allowed to use the Church of Our Lady, Star of the Sea and St Patrick in Goleen, west Cork to make what he said were defamatory comments about Mr Bailey (62) when addressing massgoers at the weekend.

Mr Baudey Vignaud made certain comments about Mr Bailey when appealing for witnesses from west Cork to travel to France to testify at the Cour d’Assises in Paris where Mr Bailey will be tried in absentia next week for the murder of the 39-year-old French film producer at her holiday home near Schull in 1996.

“In a few days time, the trial of the man accused of killing my mother will begin at last,” said Mr Baudey Vignaud, who clearly identified Mr Bailey as the person to whom he was referring before going on to make an unambiguous assertion about Mr Bailey in relation to his mother’s death.

Mr Bailey has denied any involvement in the killing or ever making any admissions in relation to Ms Toscan du Plantier’s death.

Mr Buttimer said he could not believe the Diocese of Cork and Ross would allow one of its churches be used as a platform to attack Mr Bailey when he was “read from the pulpit” as happened to people in Ireland years ago. This happened at a time when he had not even been tried let alone convicted in France.

“Why would the church authorities here in Ireland allow a gentleman enter into one of its churches in west Cork and berate an individual from the pulpit as was done at mass in Goleen on Sunday when my client, Ian Bailey was effectively declared a guilty man in front of massgoers?,” he asked.

Mr Buttimer went on to urge witnesses who may be thinking of going to France on foot of Mr Baudey Vignaud ‘s appeal to reconsider as all they would be doing would be lending credibility to what amounted to “no more than a show trial in France” in relation to Mr Bailey.

“This is not going to a be a trial as we in Ireland understand a trial where witnesses come in and give their evidence in direct examination and then have their evidence tested under cross-examination ... it will not be justice but the antithesis of justice,” he said.

“Some witnesses won’t even have to attend and statements from 23 years ago will be read into evidence. Of course some people may travel over for a jolly and the best of luck to them but others won’t and that’s to be welcomed because this trial will be a farce, nothing more than a show trial.”

Mr Buttimer said the fact that the Department of Justice had assisted the French authorities by allowing French investigators travel to Ireland to interview witnesses was “an affront” to the Irish criminal justice system given that the DPP had decided in a review of the case that Mr Bailey had no case to answer.

“There is an erroneous perception out there that our Department of Justice is under obligation to assist the French under the Mutual Assistance Agreement. That is incorrect. They had the discretion to refuse and they should have done it and they should do it now before this farce is allowed proceed any further,” he added.

Mr Buttimer said he was in no doubt that Mr Bailey would be convicted in absentia and he could already hear “the sound of rubber stamping” as he believed the outcome was a foregone conclusion, prolonging what has been a nightmare for Mr Bailey over the last 23 years.

A spokesman for the Diocese of Cork and Ross said that given there was a court case pending, it would not be appropriate to comment.

Mr Baudey Vignaud confirmed he had not shown the script of his speech to parish priest Fr Alan O’Leary before delivering it.

Meanwhile the Department of Justice declined to comment on Mr Buttimer’s criticisms regarding Ireland offering assistance to the French authorities investigating the case through the Mutual Assistance agreement, saying it did not comment on individual cases.