Occupants of home uninjured but ‘badly shaken’, says PSNI amid call for witnesses 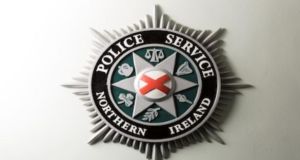 The PSNI have asked anyone with information to call police on 101 or Crimestoppers anonymously on 0800 555111.

A number of shots have been fired into a house in Northern Ireland in a “reckless attack”, police said.

The PSNI said no-one was injured after the incident in the Ballynamoney Road area of Lurgan at around 12.50am on Monday.

Ten minutes later, a silver Volvo was set alight in the Shankill Street area of the town — with police saying the two incidents may be linked.

No-one was injured, though the occupants of the house were “badly shaken”, officers said.

Inspector Duncan McBain said: “This was a completely reckless attack and, thankfully, while none of the occupants were physically injured, they have been left badly shaken.

“Our enquiries are at an early stage and we are working to establish a motive for the attack, and I would appeal to anyone with information about this to call us.”

The PSNI have asked anyone with information to call police on 101 or Crimestoppers anonymously on 0800 555111. – PA