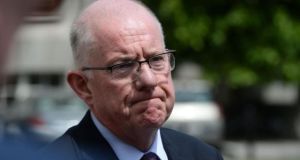 The actions of insurance firms operating in the Irish market have been described as “totally unacceptable” by the Minister for Justice who also accused these firms of “not being fair or reasonable with the people of Ireland”.

Charlie Flanagan has also confirmed plans to publish amendments to the Judicial Council Bill in the next two weeks after accusing insurance companies of “operating under a veil of secrecy”.

These firms are making massive profits, some “in excess of a million euro a week”, said the Minister.

The Bill, which was unveiled in 2017, is currently going through the Oireachtas and would cap awards in personal injury cases in an effort to reduce premium levels and allow judges to recalibrate guidelines for injury payouts.

Last September the Personal Injuries Commission (PIC) found payouts for whiplash and other soft tissue injuries were four or five times those in the UK.

The commission “unanimously concluded” that the quickest and least disruptive way to make speedy progress in reducing compensation pay-outs would be for a judicial council to be established that could give “guidance” on appropriate damages.

Mr Flanagan told the Irish Daily Mail amendments to the bill would provide “clear guidelines for judges when making awards” in ensuring “a level of consistency” when awarding claims.

“I find it totally unacceptable that hard-working business people up and down this country are having their insurance premiums trebled where they have had no claims - or where they’ve had no reason or justification given on the part of insurance companies who are operating under a veil of secrecy,” Mr Flanagan said.

Insurance companies must “stop settling claims without due diligence” and engage more with the gardaí, said the Minister, adding that he was concerned at an “apparent lack of consistency” in payouts.

Minister of State at the Department of Finance Michael D’Arcy warned last month Ireland could face a referendum to drive down compensation payouts for whiplash and minor injuries if judges don’t act to cut damages.

Mr D’Arcy said the “highest levels of awards in the world” were pushing up insurance premiums that are collapsing businesses and that “those levels of awards are coming from the judiciary”.