Hearing likely to take up to five days and the Swedish man, Harry Zeman, is on legal aid 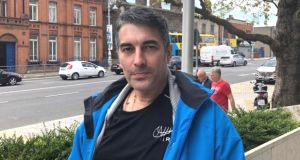 A man who is alleged to have been behind a $700,000 (€626,875) credit card scam is contesting an application from the Criminal Assets Bureau (Cab) that the money be taken by the State.

The hearing is likely to take up to five days and the Swedish man, Harry Zeman, is on legal aid, Ms Justice Carmel Stewart was told in the High Court.

She said the matter would have to go to a hearing in the autumn, despite arguments made on behalf of Cab that the case was an attempt to re-litigate what had been decided years ago.

A ruling was made by the late Mr Justice Kevin Feeney in 2011 that the money, which was collected over just four days as part of a scam that mainly targeted US victims, constituted the proceeds of crime.

Under the Proceeds of Crime Act, property that is the subject of such findings is held for seven years before it becomes eligible for a disposal order, after which the money can go into the State’s Central Funds.

However, when Cab sought a disposal order against Mr Zeman and Routeback Media AB, Mr Zeman brought a case contesting the move.

In the High Court on Monday, Shane Costello SC, for Cab, said that in 2011 Mr Zeman had not presented himself to give evidence or to support his application for legal aid. The court had ruled that the money was the proceeds of crime and that ruling had not been appealed.

The court heard that a company associated with the Bank of Ireland entered into an arrangement with Routeback Media that was supposed to involve approximately 1,000 transactions a year.

However, over the period October 5th to October 8th, 2002, 90,000 transactions were attempted. The court heard this set off alarm bells and there was overwhelming evidence that they were fraudulent transactions involving “scammed credit cards”.

He said Mr Zeman, who was present in court, was entitled to argue that the granting of a disposal order would constitute an injustice, but it was not open to him to re-open the decision that had already been made. The order that was made in 2011 was a final order.

“That is the law. In black and white,” Mr Costello said.

Simon Donagh, instructed by Peter Connolly solicitor, for Routeback and Mr Zeman, said his client was still entitled to argue that the property was not the proceeds of crime. He said there was evidence now before the court that was “worlds apart” from what was before it in 2011. He accepted that the onus of proof was on his client.

The judge said there was “no short cut” in matters of this kind, “even if it takes five days”. She said that the defendants could not seek to re-litigate the case using material that had been already raised eight years ago. The two sides should agree a paper setting out what had to be decided in the case.