Plan to be put in place over radicalisation risk 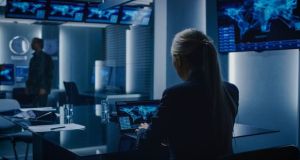 The programme is designed to alert authorities at an early stage about people who may be planning terror attacks or to aid groups such as Islamic State. File photograph: Getty

An early warning system for offenders at risk of radicalisation is to be established in response to the growing threat of Islamist and far-right extremism.

The Garda, the Irish Prison Service and the Probation Service have begun work on the initiative which will allow each agency to easily share information on offenders showing signs of radicalisation.

The programme is designed to alert the authorities at an early stage about individuals who may be planning terrorist attacks or to aid foreign groups such as Islamic State.

The initiative, which is detailed in a Department of Justice “action plan” for offender management over the next two years, will also see the establishment of a training programme on how to “engage constructively” with offenders at risk of radicalisation or violent extremism.

The Garda has estimated about 30 Irish people have travelled to fight in the Syria or Iraq in recent years. About half of those are believed to have been killed but a small number have returned and are under Garda surveillance.

Informal procedures and training for spotting signs of violent extremism in offenders already exist across the Garda and Probation Service, said the service director Vivian Geiran. The new protocols will “put them in a more structured format”, he said.

The programme will not only address Islamist extremism, Mr Geiran said, pointing to the threat from white supremacist and neo-Nazi groups in other European countries, including biker gangs in the Netherlands and Denmark.

He said the initiative “is not a deradicalisation programme”. There have been calls for the establishment of such a programme in Ireland to deal with terrorist sympathisers, similar to projects set up in the UK and France.

Garda Commissioner Drew Harris has previously said a deradicalisation programme was not necessary due to the very small numbers of Irish people involved in Islamist terrorism.

“We’re not at that stage yet. This is more about awareness and identifying the warning signs that are there, what might pose risks and how to identify those risks,” Mr Geiran told The Irish Times.

“The numbers in this country, certainly compared to other countries like France and Belgium and the UK, would be much smaller. But we would feel, and I would certainly feel, that even though the numbers are small, the threat can be very significant. We have to be ready for anything we might come across.”

Currently the Garda Racial, Intercultural and Diversity Office and Garda Ethnic Liaison Officers provide much of the information on individuals suspected of extremism. The Special Detective Unit and the Directorate of Military Intelligence are the main agencies responsible for monitoring suspected extremists.

The new protocols are expected to be established by mid-2020. Other initiatives contained in the action plan include better monitoring of sex offenders in the community, including the management of high risk offenders who are not the subject of court-ordered supervision.

There will also be “enhanced arraignments” for the assessment and management of people suspected or convicted of domestic violence.