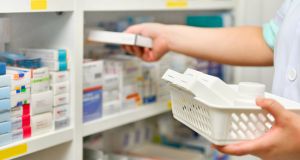 A pharmacist has been arrested as part of a criminal investigation into allegations that he defrauded the HSE through his chemist shops by deception-based crimes. Image: iStock.

A pharmacist has been arrested as part of an investigation into allegations that he defrauded the HSE through his chemist shops.

The man is alleged to have claimed payments from the HSE that he was not entitled to by lodging the same claims for payment more than once.

He was arrested in Dublin by arrangement with gardaí on Wednesday.

S ome 30 sample charges of deception were put to him as he was charged by gardaí with the alleged crimes.

The pharmacist was then released and is scheduled to appear before the courts at a later date.

The allegations were brought to the attention of the Garda after the findings of a HSE audit were referred to it. The investigation has been ongoing for some time and the suspect was first arrested earlier this year.

He was released from custody without charge at that time pending further investigations by members of the Garda National Economic Crime Bureau.

Those investigations have since continued and detectives from the bureau arranged to meet the man on Wednesday.

After being arrested by arrangement and charged with the alleged deception-based offences, he was released from custody.

There is no suggestion of any allegations being made against anyone else involved in the man’s business.