New device to detect cars being driven without insurance issued 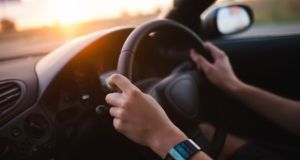 An Garda Síochána has begun the roll-out of 2,000 devices that will allow for the detection of cars being driven without tax, insurance or a valid NCT cert. Photograph: iStock

An Garda Síochána has begun the roll-out of 2,000 devices that will allow for the detection of cars being driven without tax, insurance or a valid NCT cert.

The Motor Insurers’ Bureau of Ireland (MIBI) is among those bodies that has been seeking the introduction of the technology, stating that uninsured drivers accounted for more than 90 per cent of claims received last year.

After a successful piloting of the new system in Limerick, the Naas Roads Policing Unit was last month one of the first to receive the new Mobile Data Stations, the Garda Press Office said.

“The mobile solution provides a Traffic App containing Driver Lookup and Vehicle Lookup functionality which has been utilised on traffic stops and general policing inquiries by frontline members,” the spokesman said.

“This has improved operational efficiency and effectiveness generally, as it allows gardaí to provide real time updates and access information on the roadside without having to interact with other Garda personnel via radio.”

During the pilot operation, the app “greatly assisted” in the detection of disqualified drivers as well as vehicles that did not have valid tax, insurance or the required NCT approval.

Two thousand gardaí are to receive the device as part of a general release programme, with 544 being allocated in the Dublin region, 484 in the Eastern region, 452 in the North West, and 520 in the South West, the spokesman said.

He was unable to say when it was envisaged that the roll-out would be completed.

Earlier this month MIBI said the high number of claims relating to uninsured drivers they received during 2019 underlined the importance of the automatic number plate recognition system.

The MIBI is a not for profit organisation established to compensate victims of road traffic accidents caused by uninsured and unidentified vehicles.

The number of uninsured claims also remained static with MIBI receiving 1,787 claims relating to uninsured vehicles in 2019, compared to 1,788 in 2018.

The bureau’s chief executive, David Fitzgerald, said the figures indicated that there continues to be a substantial number of uninsured vehicles driving on Irish roads.

“The MIBI hopes that the rollout of the new automatic number plate recognition system will make it easier and more simple for the gardaí to identify uninsured drivers. “

The new app, he said, will make it very difficult for uninsured vehicles to be driven without being detected.