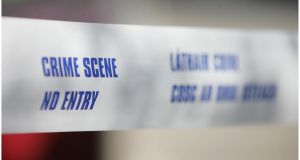 Gardaí investigating the killing of a man in a suspected one-punch assault outside a Co Kerry fast food outlet have arrested a man.

The suspect, who is in his 20s, was being questioned on Thursday morning at Killarney Garda station in connection with the killing of 32-year-old Stephen O’Connor.

Gardaí detained the suspect in Kerry early on Thursday morning. He was being held for questioning under Section 4 of the Criminal Justice Act.

It allows for him to be question for 24 hours at which point he was must be charged with a criminal offence or released without charge.

Mr O’Connor, a single man from the Glencar area of Kerry, was fatally injured at about 2.30am last Sunday in an alleged assault outside a fast food outlet in Killorglin.

He was treated at the scene of the attack by paramedics before being taken to University Hospital Kerry in Tralee to Cork with serious head injuries.

Mr O’Connor was later transferred to Cork University Hospital where he died on Monday night.

From the outset in the investigation gardaí in Kerry were pursuing definite lines of inquiry and an arrest was anticipated.

Mr O’Connor was from Glencar in the foothills of the MacGillycuddy’s Reeks south of Killorglin and worked locally in agriculture and construction.

Supt Flor Murphy of Killarney Garda station said earlier this week the crime scene had been sealed off for a technical examination.

He added gardaí were appealing for witnesses including from passing motorists and taxi drives.