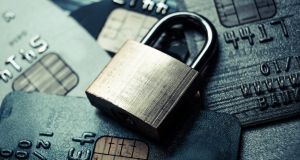 A man in his 30s was arrested for questioning in west Dublin. Photograph: iStock

A man has been arrested as part of an ongoing investigation into the activities of an international crime gang whose money laundering operation has been using Irish bank accounts to receive money that has been stolen all over the world.

The Irish Times understands the gang carrying out the frauds is West African, though it has used the bank accounts of people from a large number of countries.

The gang specialises in invoice redirect fraud, with suspects arrested in recent weeks in counties Louth and Dublin. It is believed to have stolen hundreds of millions of euro globally, though only a portion of the money has been routed through Irish bank accounts.

In the latest phase of the inquiry, codenamed Operation Joggle, a man in his 30s was arrested for questioning in west Dublin by members of the Garda National Economic Crime Bureau (GNECB).

The suspect, who is from Eastern Europe, was taken to Blanchardstown Garda station on suspicion his account was used to receive the proceeds of two frauds.

“This arrest is in relation to two international invoice redirection frauds, totalling €36,000, which were received into Irish bank accounts,” gardaí said.

The suspect was being detained under Section 4 of the Criminal Justice Act. He was the fourth person arrested as part of Operation Joggle. Gardaí believe he is a minor figure in what is a global criminal network.

Invoice redirect fraud involves crime gangs tricking companies into lodging money into accounts controlled by the criminals. They send invoices to companies purporting to come from one of the targeted companies’ trading partners.

In order to carry out a fraud successfully that gang often uses information about both companies that they have obtained through hacking or from the firms’ websites or social media accounts.

When the invoice is paid the money is transferred into a bank account controlled by the fraudsters rather than into the account of the legitimate company owed the money. Fraudsters gain control of accounts by opening them under false identities or paying the account holder for access to their account for the purposes of receiving and transferring money.

Operation Joggle has been ongoing for over a year and is investigating the Irish bank accounts being used by the international gang. It is suspected the cash received into Irish accounts has then been rerouted back to West Africa. A significant porting of the money has been laundered through companies to disguise the criminal origins of the cash, in a practice known as “trade-based” money laundering.