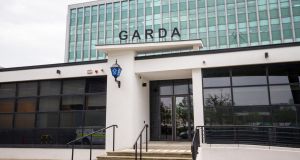 Transaer House at Dublin Airport: Garda station custody facilities “not yet operational”. It is “unknown” when the custody unit will open. Photograph: Tom Honan

A dedicated immigration detention facility due to open at Dublin Airport in June 2019 is lying unused 14 months after its scheduled opening.

The new unit, announced by the government in 2017, was set to contain facilities for foreign nationals refused permission to land in Ireland. At present, non-EEA nationals refused entry into this country are brought to an Irish prison until a return flight is arranged.

Dublin Airport’s immigration facility was announced as part of the renovation of Transaer House as a Garda station. In May 2019, the Garda Commissioner’s office said works on Transaer had been completed and it was “expected to become operational in June 2019”.

A Garda Síochána spokeswoman said Transaer House, which is now operating as a Garda station, includes “accommodation for Garda National Immigration Bureau personnel who work at Dublin Airport” but that custody facilities were “not yet operational”. She said it was “unknown” when the custody unit would open.

Last month, Chilean woman Estefany Alquinta González made headlines after she was detained for nearly a fortnight at Mountjoy Prison’s female Dóchas centre. The environmental engineer, who had come to Ireland to study English but was refused entry, was released on July 14th and is due to receive a formal apology from the Department of Justice this week.

The Government has been repeatedly criticised for housing foreign nationals who are refused entry in Irish prisons. In 2017, the UN committee against torture expressed concern that Ireland had not followed through on plans to open a dedicated immigration centre at Dublin Airport and that immigration detainees were being held in jails alongside convicted prisoners. The Irish Penal Reform Trust has said the detention of foreign nationals refused leave to land in Irish prisons is “wholly unacceptable”.

Andrés Zelaya, an Argentine transiting through Dublin Airport en route to London, was detained on July 28th in Cloverhill Prison for two nights after being told he could not continue the second leg of his journey.

Mr Zelaya, who arrived in Europe in early March on a tourist visa, said he was travelling to London to secure the German working holiday visa which must be applied for at an embassy or consulate outside Germany.

He had previously tried to enter the UK to secure the visa in early July but was turned back because he did not have the necessary paperwork. Mr Zelaya claims UK border officials assured him he would be able to enter if he returned with the right documentation.

However, Irish officials did not allow him continue his journey and his belongings, including his mobile phone, were confiscated before he was transferred by gardaí to Cloverhill in Clondalkin.

Mr Zelaya, who speaks very little English and was not offered access to a translator, recalled through Spanish how he was strip searched at the prison before being put in a cell.

“I told them I wasn’t a criminal and kept asking ‘why you treating me like this?’ I could hear other prisoners shouting and banging on doors during the night. I’d never been in a prison before, I only knew what it was like from the movies.”

The following day Mr Zelaya was given a phone card to call the Argentine embassy but says it didn’t work. He was moved into a shared cell with two other men also facing deportation. The trio later mixed with other prisoners during exercise time.

“We were so scared of the other men we stuck together. We didn’t know what might happen if we spoke to them.”

On July 30th, Mr Zelaya was escorted directly to the steps of a plane in Dublin Airport bound for Hamburg. When he asked for his rucksack he was assured it was on board the flight. The bag, which contained his bank cards, driving licence, documentation for his working visa and a USB holding nearly a decade of photos, did not arrive in Germany.

Mr Zelaya says he was provided with a translator and put in touch with the Argentine consulate as soon as he arrived in Hamburg airport. His tourist visa has been extended for two months so he can make arrangements to return to Argentina. He has contacted the Irish Prison Service and Dublin Airport for information on his belongings but says neither knows where the bag is.

“Honestly I’m feeling really depressed about the situation,” he told The Irish Times. “I don’t know what I did to deserve all this and I still don’t have my belongings. I’ve always followed the rules by the book and then suddenly they put me in prison. It was never explained to me why I was put in jail.”

Asked to comment on Mr Zelaya’s detention, a Department of Justice spokesman said when a person is refused leave to land and detained, “every effort is made to ensure they spend as little time in custody as possible while a return flight is being arranged”. This is “more challenging” in the context of Covid-19 given the reduced number of available flights, he said.