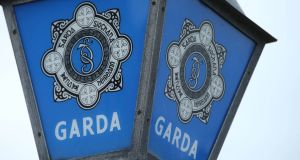 A Garda spokesman said no arrests have been made to date and investigations are ongoing.

A man in his early 20s was believed to be stabbed several times in an assault in Swords, Co Dublin on Sunday evening, gardaí have said.

The assault occurred at about 8.10pm in the Rivervalley area.

The man was taken to Beaumont Hospital with minor injuries.

A Garda spokesman said no arrests have been made to date and investigations are ongoing.