Garda, Prison Service and Inspector of Prisons inquiries will seek to determine facts 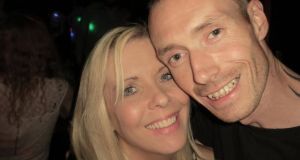 Murder suspect Keith Lee dressed up his prison bed to make it appear that he was sleeping in it and then took his own life in a shower unit in his cell in Mountjoy Prison.

He had been dead for some time when he was found unresponsive just after 8am yesterday.

Separate inquiries by the Garda, Irish Prison Service and Inspector of Prisons Patricia Gilheaney will determine the precise circumstances of Lee’s death in a cell on D wing of Mountjoy.

Informed sources said the investigations would have access to prison logs to determine whether Lee (43) was checked by staff every 15 minutes through the night, as he should have been.

Lee, who was charged with murdering his wife Joanne Lee, was regarded as a suicide risk. He had tried twice to take his own life when gardaí found him, with his wife’s remains, at an apartment in Ranelagh, south Dublin, in February.

Ms Lee’s body was found wrapped in a sleeping bag in a wardrobe of the apartment. As gardaí were breaking down the door into the third-floor apartment, Keith Lee jumped out the window in a bid to take his own life.

He broke both legs and several other bones. However, the fall did not kill him and so he self-harmed while he was injured on the ground. That second attempt to take his own life was thwarted by a garda who intervened and stemmed his bleeding.

He was treated in hospital for a month before being charged with murder and remanded in custody.

The Irish Times understands he packed clothing under his blanket to give the appearance he was sleeping in his bed. He then went into the shower unit in his cell and took his own life. A ligature was found at the scene.

Because the cell he was in was wheelchair-accessible, it was larger and of different design to other cells. For example, staff looking into the cell through a peephole in the door would not be able to see into the shower unit. Instead they would see a partition wall, behind which was the shower unit.

It meant unless a staff member carrying out monitoring every 15 minutes realised Lee’s bed had been staged to give the impression he was sleeping in it, nothing would have appeared untoward.

In reply to queries, the Irish Prison Service confirmed a prisoner had been discovered dead at 8.10am in Mountjoy.

It said medical staff and the Garda had been called to the jail and the prisoner, who was not officially named, was pronounced dead at the scene.

Because foul play was not suspected, the Garda inquiry will inform the inquest process only, as the prospect of criminal charges does not arise.

A significant investment has been made in the north Dublin jail in recent years, including making cells ligature-proof. The death of Keith Lee will now likely result in a close examination of wheelchair-accessible cells to determine if they could be made more safe.

Lee, a former hotel chef, had seen his life descend into chaos over the past 12 months. He had a drugs habit, he lost his job and his marriage broke down. He had also been caught by gardaí with drugs for sale valued at €11,000.