An 18-year old Egyptian man has been arrested as a suspect in an attack that left one Japanese man dead and two other males injured. Video: Collins 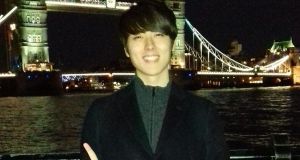 Yosuke Sasaki (24), who is believed to come from the Japanese city of Ebina-shi, died on Wednesday morning after he was stabbed in the back on Avenue Road in Dundalk. 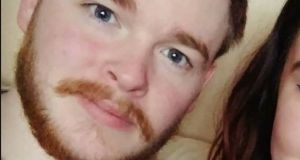 The second man hospitalised after the attack at Seatown, Dundalk, was 23-year-old Dylan Grehan from Faughart. File photograph: Facebook 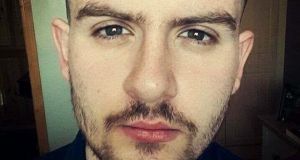 The man stabbed on Coes Road in Dundalk is understood to be Cian Murphy (above), a sales assistant in a local tile store, National Tile Ltd. FIle photograph: Facebook

Garda investigations into Wednesday’s attack in Dundalk, Co Louth are continuing following the death of a Japanese man and unprovoked attacks on two young Irish men.

Yosuke Sasaki (24), who is believed to come from the Japanese city of Ebina-shi, died on Wednesday morning after he was stabbed in the back on Avenue Road in Dundalk by an 18-year-old Egyptian national armed with two knives. Mr Sasaki worked in the call centre National Pen, manning the phones for service calls for the Japanese market.

In a statement on Thursday afternoon, the company said it was “with deep regret and profound sadness that we confirm the death of our colleague in yesterday’s incident in Dundalk”.

It said Mr Sasaki joined the company in August 2017 and during his relatively short time there was a valued member of staff who made a positive impact on the company.

Peter Kelly, chief executive officer, of the company said “this is a time of profound sadness for management and staff. National Pen prides itself on taking the utmost care of its work colleagues. We will do everything possible to assist the family at this tragic time”.

An employee assistance programme is being made available to National Pen employees and their families.

A spokesman for the Japanese Embassy told The Irish Times they had made contact with and were providing support to Mr Sasaki’s family. He requested that the media respect the privacy of the family at this difficult time.

Two Irish men in their early 20s were also attacked on Wednesday - a 22-year-old was stabbed on Coes Road shortly before 9.30am while a 23-year-old man was attacked a few minutes later with a pole at Seatown Place. Both men sustained non life-threatening injuries in the attack.

The Egyptian man was arrested on Wednesday morning and remains in custody at Dundalk Garda Station under Section Four of the Criminal Justice Act on suspicion of murder.

The garda investigation into the attack includes the participation of intelligence units, the Special Detective Unit and the Garda National Immigration Bureau.

The man stabbed on Coes Road is understood to be Cian Murphy, a sales assistant in a local tile store, National Tile Ltd.

Speaking to The Irish Times, a manager at the store confirmed Mr Murphy was one of the individuals injured in the attacks and described him as a “local lad”.

He said he spoke briefly by telephone to Mr Murphy after the attack while he was in the hospital and described his condition as “okay”. He said the student had told him “he’ll be fine”.

The second man hospitalised after the attack at Seatown, Dundalk, was 23-year-old Dylan Grehan from Faughart a few miles from the town who sought assistance in a local pharmacy after he was hit on the head with what appeared to be a large stick or iron bar.

From just outside Dundalk, it is understood he had just got off a bus when he was attacked. He went for assistance at Smyth’s Life Pharmacy nearby. It’s owner Anne McEntegart said, “The wound was pumping, there was a lot of blood.”

She and her staff looked after the man and they rang the gardaí as well as an ambulance.

“It was totally random. He came in here afterwards asking for help,” explained Ms McEntegart.

“He appeared to go into shock. We wrapped him in blankets and we took turns putting pressure on his head.”

The man gave them his mother’s number and they called her.

“Within five minutes, armed gardaí arrived and wanted to know about the identity of the man who hit him and he gave them a description.”

Another young man who was in a shop at Seatown when the suspect for the fatal stabbing of the Japanese man and the unprovoked attacks on the 22 and 23 year olds came in, at about 9am, said: “The man came in here, looked around and walked out. He was here for no more than 10 seconds.”

Meanwhile gardaí who disarmed the attacker have been praised for their “heroic” work. John McGahon, the chairman of Dundalk Municipal District, said, “If it was not for the heroic actions of An Garda Síochána who managed, while unarmed, to disarm a crazed knifeman, there could have been a much higher death toll.”

Cllr McGahon (FG) said “the whole town is in absolute and total shock”.

Fianna Fáil Justice spokesperson Jim O’Callaghan said on Thursday morning that he supported calls for a national security co-ordinator and underlined the challenges of protecting the State against “random acts of violence”.

Responding to queries on RTÉ Morning Ireland about the status of the Egyptian man believed to be responsible for the attacks in Dundalk, Mr O’Callaghan questioned how the man had arrived in Ireland and where he had come from.

“If he was previously in the UK and refused asylum there then he couldn’t apply here. There are a lot of questions and the public is entitled to answers.”

Mr O’Callaghan added that the people injured in Wednesday’s attack had been terrorised “whether there was a political or religious agenda by the suspect”.

A postmortem on Mr Sasaki’s body is taking place at Our Lady of Lourdes Hospital, Drogheda.

Gardaí are appealing for anyone who was in the Avenue Road area shortly before 9am or on Coes Road or Seatown Place areas or the Inner Relief Road of Dundalk between 8.30am and 9.40am to contact them at Dundalk Garda station on 042-9388471 or the Garda Confidential Line on 1800-666 111.