Irish corruption law not in compliance with OECD guidelines 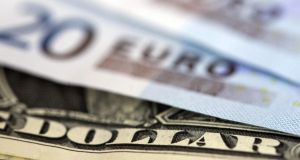 The Criminal Justice (Corruption Practices) Act 2018 made it an offence to be involved in foreign corruption. It covers bribery abroad by businesses based in the State.

A law introduced by Ireland last year, as part of an international drive aimed at combatting corruption, has been found not to be in compliance with the convention guiding the project, the Department of Justice has confirmed.

The Criminal Justice (Corruption Practices) Act 2018 made it an offence to be involved in foreign corruption. Among other matters, the law covers bribery abroad by businesses based in the State and provides for fines without limit for companies found guilty.

However, the Irish law includes a requirement that the offence be a crime both in Ireland and in the country where the bribery allegedly occurred, a requirement called “dual criminality”.

Ireland is a full member of the OECD’s Working Group on Bribery and a party to the Convention on Combating Bribery of Foreign Public Officials in International Business Transactions. The law was introduced last year in part to give effect to the 1997 convention.

According to the OECD, the anti-bribery convention is the only existing multilateral instrument aimed at combatting “the supply side” of foreign bribery, meaning that it targets the parties making the corrupt payments.

“The text of the OECD Convention is silent on the issue of dual criminality,” a spokesman for the Department of Justice said.

However, in a recent stocktaking study by the OECD on the implementation of the convention, “the working group found that dual criminality requirements for the foreign bribery offence by their very nature compel the consideration of foreign law and its application to the facts of the case.

“They are hence inconsistent with article one of the convention, which requires an autonomous foreign bribery offence. “

The spokesman said that Minister for Justice Charlie Flanagan acted on the advice of the Attorney General that Ireland exercises extraterritorial jurisdiction on the basis that dual criminality is required.

The Irish law is to be evaluated by the OECD in October.

“Ireland will consider fully any recommendations that the working group makes from that evaluation,” the spokesman said.

A spokeswoman for the OECD said it would be in a much better position to comment on the Irish law after the review.

Ireland has never prosecuted an act of foreign corruption. A document published last November by the OECD shows that Ireland, which accounts for 1.68 per cent of the world’s total exports, has never sanctioned or attempted to sanction a person or a company for bribery abroad.

Germany, by way of comparison, accounts for 7.86 per cent of world exports, and has sanctioned 316 individuals and 11 companies for foreign bribery.

The Garda National Economic Crime Bureau – which investigates corruption both at home and abroad – noted the dual criminality problem in a letter to the department last year.

“If Irish persons or companies are operating in a jurisdiction where anti-corruption legislation is weak or non-existent, then no offence occurs, which appears to go against the whole ethos of the OECD convention on foreign bribery and corruption,” the letter pointed out.

“It is our duty in the developed world to do everything in our power to ensure that our citizens and businesses are not engaged in bribery and corruption.”