Man arrested over Navan assault is released without charge 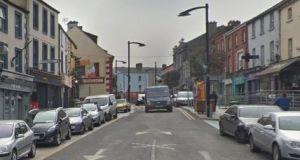 A 22-year-old man has been released without charge after being arrested in connection with an assault in Navan over the weekend that left another man in a critical condition.

The man was released on Sunday evening after having been arrested that morning.

Gardaí said a file will now be prepared for the Director of Public Prosecutions.

They are also appealing for information about the assault in the Co Meath town on Saturday.

They say they were alerted at 3am on Saturday to a man (21) who was lying on the ground on Watergate Street in Navan.

He was taken by ambulance to Our Lady of Lourdes Hospital, Drogheda. He has since been transferred to Beaumont Hospital, Dublin, where his condition is described as critical.

Gardaí have asked anyone who was in the Watergate Street area between 2.45am and 3.30am on Saturday and who may have witnessed the assault, or any motorists who drove through Watergate Street at those times and have dashcam footage, to contact Navan Garda station on 046-9036100, the Garda Confidential Line on 1800-666111 or any Garda station.