Hiqa received 4,600 allegations of abuse of disabled residents in 2017 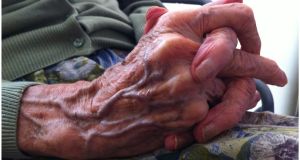 In 2017, there were 99 unexpected deaths of disabled residents notified to Hiqa and 57 outbreaks of notifiable diseases. Photograph: Bryan O’Brien

There were over 4,600 allegations of abuse of disabled people in residential care reported last year, including 2,726 cases of alleged physical abuse.

The complaints, which were passed on to the Health Information and Quality Authority (Hiqa) by the country’s 1,109 care centres, also included allegations of sexual abuse (209), psychological abuse (104) and “financial or material” abuse (135) by staff and other residents.

That works out at more than one case of alleged abuse for every two residents in care. There were about 8,600 disabled people in care in 2017.

The 4,634 allegations of abuse do not include complaints from staff, residents and relatives made outside the mandatory reporting process. In 2017, there were 298 “pieces of unsolicited information” received by Hiqa, of which 32 per cent (96) related to “safeguarding and safety”.

A report prepared by Hiqa for Fine Gael TD Fergus O’Dowd and seen by The Irish Times shows none of these 298 complaints were passed on to the Office of the Ombudsman by the authority and only one was passed on to the Garda.

There were also 99 unexpected deaths of disabled residents notified to Hiqa and 57 outbreaks of notifiable diseases.

Residents suffered 1,364 serious injuries which required “immediate medical and/or hospital treatment”. Most related to falls or illness but there were also 14 burns, three concussions and two cases of vital organ trauma.

There were also 326 allegations of staff misconduct and 197 incidents of residents going missing from their facility.

The report also details 899 alleged incidents of abuse of residents in the country’s 579 nursing homes (housing 30,732 residents), which are also overseen by Hiqa. These included 366 allegations of physical abuse. Other forms of alleged abuse included psychological (138), sexual (68) and financial or material (106). Again, none of these were passed on to the Ombudsman or the Garda.

A Hiqa spokesman on Sunday stressed that many of the complaints, particularly those relating to abuse, had not been validated and constituted allegations only.