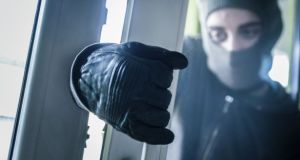 Almost a third of offenders admitted to crime diversion programmes in disadvantage communities in Dublin did not re-offend within a two-year period, a new review of the projects has found.

The Government is now being urged to roll out the Dublin-based programmes nationally to reach a cohort of offenders responsible for the majority of the crimes in their communities.

The Joint Agency Response to Crime (J-Arc) has now reviewed three projects that seek to deal with offenders, including in the crime black spots of Ballymun and Tallaght in north and west Dublin.

Some 89 repeat offenders who had already been convicted of serious crimes, including violent offences and burglaries, were diverted into two-year pilot programmes.

Of the group, 51 were regarded as targets. And some had been to prison repeatedly over two decades.

There were some shortcomings with the research; the sample group of offenders on the three programmes, for example, was small. The quality of data, and how it was collated, was not uniform across the three projects and some of the data dates back to 2014.

However, the Probation Service, Garda and Irish Prison Service all believe the findings are very positive.

They said not only had offending been reduced, but the severity of the crimes that were still being committed had reduced.

The review of the projects concluded, among other findings:

* Of the 51 high priority offenders, 19 did not re offend during the two-year period of their programme.

* In the Tallaght and Dublin 8 areas, 60 per cent of the participants either stopped offending or reduced their levels of offending.

* Of the offenders who did re-offend, 26 were returned to prison.

* Burglaries committed by participants in the programmes reduced by 60 per cent.

The report published today was carried out by the Joint Agency Response to Crime (J-Arc) Evaluation Working Group.

It evaluated the effectiveness of three pilot projects; Acer 3, Strive and Change Works.

The Acer 3 project is a multi-agency approach to the management of identified offenders who have been convicted or charged with burglary offences from the Dublin 8 and Tallaght areas.

The Strive initiative is run in Ballymun, north Dublin. It focuses on those causing a high level of harm in a particular area of east Ballymun, where those young people taking part agree to stay away from crime and engage with support services in an effort to break the cycle of offending.

The ‘Change Works’ programme runs for each offender for between 18 and 24 months. It is a Dublin-based programme and focuses on violent and persistent offenders assessed as likely to cause serious harm, with a probation supervision programme a key feature.