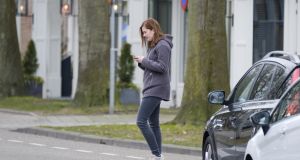 The incidents that have come to light to date involve people highlighting alleged illegal parking on cycle lanes or objectionable driving. Photograph: iStock

Gardaí have begun instructing Twitter users to take down videos they have shared on the basis they have identified vehicles in their footage.

The incidents that have come to light to date involve people, mostly cyclists, highlight alleged illegal parking on cycle lanes or objectionable driving.

Both are issues the Garda force has been under pressure to clamp down on, including from Minister for Justice Charlie Flanagan.

In other cases, the Garda has gone further; instructing Twitter users to take down videos that feature vehicle registrations, even though no allegation of wrongdoing was made.

Garda headquarters replied to a request for comment stating it could not do so but would as soon as possible.

Executive director of the Irish Council for Civil Liberties, Liam Herrick, said if any incident captured on video had been sent to the Garda for investigation, it should not be shared online as it could prejudice any future prosecution.

He said it was unclear what GDPR or data protection concerns arose, especially in cases where no allegation of wrongdoing was being made.

“I don’t see any reason it would be problematic if it’s shot in a public place, it’s factual and then it’s shared online,” he said.

The sharing of images highlighting parking on cycle lanes, for example, was a tactic used by cyclists for a long time to voice their concerns, Mr Herrick added.

On Sunday, one Twitter user posted video of a car parked in a segregated cycle lane in Dublin with no allegation of wrongdoing and no narrative related to the parking.

In another case, a cyclist shared a video alleging one motorist was swerving between lanes and that another had passed him very closely.

However, the Garda has no role in defamation cases and no role with the enforcement of GDPR or data protection.