Hutch-Kinahan feud is ‘not going away’, Garda official says

Assistant Garda Commissioner predicts the gangland dispute will be ‘intergenerational’ 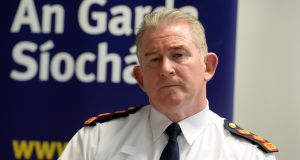 The Hutch-Kinahan feud, which has claimed almost 20 lives over the last three years, is “not going to go away”, the Assistant Garda Commissioner responsible for the Dublin region has said.

“The reality is this has not gone away and it is unlikely to go away. This is going to be intergenerational,” Assistant Garda Commissioner Pat Leahy told The Irish Times.

As well as murders, the feud has continued through petrol bomb and arson attacks by allies of both factions in Dublin’s inner city.

There have been at least four gangland-related arson attacks in recent months, including the fire-bombing of a woman’s car on North Great Clarence Street on Sunday.

Three female members of the Hutch family, none of whom are believed to be involved with criminality, have been targeted in attacks over the last month.

Mr Leahy said many members of the two sides of the feud are in prison, and their families still live beside each other, meaning lower-level violence is likely to continue.

“These people are neighbours and they were always neighbours. They know each other intimately; they’ve grown up with each other. They’ve gone to school with each other,” he said. “We’re going to be managing this for a long time. It’s about trying to provide some bit of security for people around the city.”

Operation Hybrid, which was established following the murder of Kinahan associate David Byrne at the Regency Hotel in 2016, has so far carried out 73,000 armed checkpoints across the city in an effort to foil feud-related killings.

Mr Leahy said these checkpoints would be “with us long-term” and are “not going to go away”.

“That’s going to be a factor of policing for a long time,” he said.

Criminals involved in the feud are still trying to kill each other and such threats are going to be “a fact of life for policing into the future. That’s just the nature of the game,” he said.

Mr Leahy said last year was probably the Garda’s “most successful year ever” in dealing with gangland crime, with success in prosecuting murders and those who facilitate them by supplying equipment such as weapons.

“We’ve had people on the periphery of serious crime for the last two years who never thought we’d spend time pulling them in to these major crimes.”