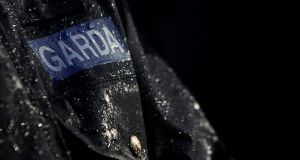 St Raphael’s is concerned the PAC will conclude it was frustrating an examination of Garda bank and credit accounts. Photograph: Julien Behal/PA Wire

The Garda Credit Union has taken issue with statements made at the Public Accounts Committee (PAC), insisting it was prepared to fully co-operate with Garda auditors but needed to follow the correct legal framework.

Management at St Raphael’s Garda Credit Union believes an impression has been given at PAC that account records have been requested by Garda auditors but that the level of co-operation has been less than fulsome.

However, it has written to the chairman of PAC Seán Fleming TD (FF) to point out that it will be comply with any request for information once the requests are made through a legally binding order.

The Irish Times understands that management at St Raphael’s is concerned the PAC will conclude it was frustrating an examination of Garda bank and credit accounts being carried out by the head of the Garda’s internal audit service (GIAS) Niall Kelly.

Earlier this month the committee received fresh correspondence from Mr Kelly which stated his efforts to examine the accounts at St Raphael’s Credit Union in Templemore had been frustrated.

Access to accounts – including the identities of the account holders and lodgements and withdrawals made – have been requested as part of an examination of how Garda monies, especially at the Garda College in Templemore, were handled and ultimately spent.

However, management at the Credit Union have now told PAC the records must be sought formally and through legal channels, akin to a search warrant, and that account details cannot simply be surrendered on request.