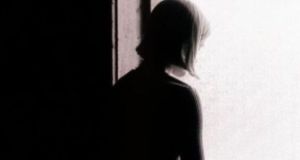 The ‘Grace’ case has been the subject of a number of the Garda investigations for more than a decade. Photograph: Stock image.

Gardaí have sent a file to the Director of Public Prosecutions (DPP) recommending that criminal charges be pursued in the case of ‘Grace’, an intellectually disabled woman who was left in a foster home for two decades despite concerns about physical and sexual abuse.

Her case has been the subject of a number of the Garda investigations for more than a decade as well as other inquiries and reviews, most recently by barrister Marjorie Farrelly, whose inquiry is nearing completion.

After gardaí investigated the alleged role played by some individuals in the abuse of ‘Grace’ and others in foster care in the southeast, a major inquiry commenced into a wider range of issues relating to ‘Grace’s’ case.

These included warning signs that were missed or not acted on and how ‘Grace’ was abused and neglected for years despite a decision to move her and serious concerns for her welfare.

This inquiry has now resulted in a file on the case being set to the DPP, whose office decides whether there are grounds for criminal prosecution. It was not clear when a decision on charges would be made but gardaí have recommended they be brought.

When asked about the matter, Garda headquarters said it did “not comment on correspondence between An Garda Síochána and the Director of Public Prosecutions”.

The Inquiry into Protected Disclosures, SU1 report, completed in 2012 but published in 2017, investigated allegations of physical and sexual abuse involving ‘Grace’ in a foster home in the southeast.

‘Grace’ was born to who the report describes as a “single mother” who intended to place her for adoption. However, there were complications at birth and she was diagnosed with severe intellectual disability and microcephaly. As a result, the adoption did not proceed.

She was placed on a number of short-term placements in different parts of Ireland before being placed full time with a foster family in the south-east in 1989, when she was 10.

The report, published in 2017, charted various concerns that were flagged about her condition over these years and the discussions among social care staff about her case.

In 1995, for example, her hips and arms were found to be bruised. While in day services, “she completely stripped herself for no apparent reason”. Her behaviour was described as “chaotic” and she took to “head butting” other trainees. There was no evidence the bruising was investigated.

By 1996, an allegation of sexual abuse involving another resident had been received and ‘Grace’s’ behaviour had become more agitated. A case conference decided to move her but this decision was overturned following an appeal by the foster parents.

The HSE now says this was a “missed opportunity” for action but the report published in 2017 said it was unable to establish a rationale for the decision taken at this time.