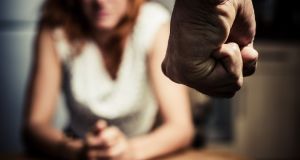 Reports of domestic violence to the Garda increase by up to 30 per cent in December when compared with the summer months, newly released figures show.

Gardaí received 2,568 reports of domestic violence last December, compared to an average of 2,000 domestic abuse reports per month during the summer of 2018 – a difference of 28 per cent.

September had the lowest number of incidents reported to Gardaí, during which 1,923 reports were made, according to figures released to Green Party TD Catherine Martin, in response to a parliamentary question.

Orla O’Connor, director at the National Women’s Council of Ireland (NWCI), said the data reflected its experience of domestic abuse spiking in December.

“Front-line services show there is a real increase, particularly at Christmas,” she said.

“You have the added pressure of Christmas, which people can often find stressful. It’s also a time when the whole family is at home together for long periods so tensions can rise.”

Now that there were solid figures on domestic abuse reports, she said, it was obvious it was “an extremely prevalent crime”.

“We can also see that the scale of our response to domestic violence also has to increase,” she said.

She said the situation was exacerbated by the housing crisis.

“One of the reasons women won’t leave abusive situations is they are afraid they will have nowhere else to go. We need to ensure they have somewhere safe to go.”

There are 155 refuge spaces across the State, according to Tusla, the child and family agency, which has statutory responsibility for victims of domestic, gender and sexual violence.

Ms Martin described the difference between the number of domestic violence incidents and the number of refuge spaces as “quite striking”.

“While not all victims of domestic violence seek the support of a refuge or safe home, Ireland still only has about one third of the number of refuge spaces recommended by the Istanbul Convention, which recommends one refuge space for every 10,000 people – in my own county of Dún Laoghaire-Rathdown there is no women’s refuge.”

In response, Tusla said it funds more than 60 organisations to tackle this issue.

“This comprises services that provide: emergency refuge accommodation to women and children; community-based domestic violence services; and Rape Crisis Centres throughout the country,” a spokeswoman for Tusla said.

“Overall Tusla funding to domestic, sexual and gender-based violence services comprises some €25.3 million, an increase of €4.7 million since 2016. An additional €1.5 million in funding was provided this year, and overall funding levels will be maintained at this level in 2020.”

Minister for Justice Charlie Flanagan said it is “worth noting” that over the past two years the gardaí have “actively worked on improving the front-line handling of incidents of domestic abuse”.

“Front-line staff are becoming even more proactive and persistent than before in encouraging people involved in domestic abuse to come forward and make formal statements if they are victims,” he added.