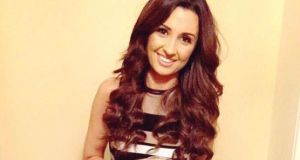 A woman who was taken to hospital after an alleged assault in Arklow, Co Wicklow, over the weekend has died.

Nadine Lott, who was in her early 30s, suffered serious injuries early on Saturday morning. The mother of one was taken to St Vincent’s Hospital in Dublin. The Garda Press Office has confirmed she died on Tuesday.

Ms Lott was from Arklow, and it is understood she studied beauty therapy .

Daniel Murtagh (32), Melrose Avenue, Clondalkin, Dublin, was arrested on Monday afternoon at Wicklow Garda station by Det Gda Darren Hall and was taken before Bray District Court on Monday in connection with the alleged incident.