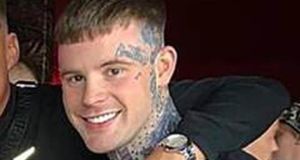 Zach Parker (23) died at the scene of the Swords shooting 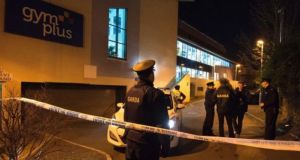 Gardaí were last night exploring a possible drugs motive for a double shooting that left one man dead and a second man seriously injured in north Co Dublin.

The victims were shot outside Gym Plus in the Applewood area of Swords at about 7.30pm.

Zach Parker (23), died at the scene, despite efforts by the emergency services to save him. The other man in his 20s was undergoing treatment in Beaumont Hospital late last night. A Garda spokeswoman described his condition as “serious”.

His remains were expected to be left at the murder scene overnight pending the arrival of a pathologist this morning, to carry out a preliminary examination before the body could be taken away for a postmortem.

Shortly after the shooting an announcement was made on the gym intercom requesting a doctor or nurse to urgently come to reception, according an individual inside at the time. The gym is in a residential area and opposite a crèche. It was the first fatal shooting of the year in the Republic.

Rescue operation under way to prevent freighter hitting rocks 19:22
Brian Hayes says he considered resigning over Oireachtas golf dinner 19:21
School ordered to reopen after closing due to Covid-19 fears 19:30
Warning over impact of timber shortages due to forest licence backlog 19:14
One hundred Irish retailers for all your online Christmas shopping 19:08