Over 9,000 Irish motor insurance policies were issued through ‘ghost brokers’ 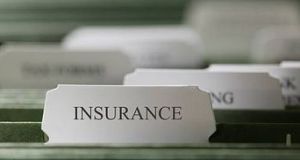 The insurance industry estimates that at least €50 of every motor insurance policy is consumed by fraud. Photograph: Getty Images

More than 9,000 motor insurance policies in the Republic have been issued through seven so-called “ghost brokers”, an anti-fraud conference in Galway has heard.

These seven ghost brokers have diverted more than €23 million in revenue away from insurance companies, according to the Garda Síochána’s special investigations unit (SIU) of the Dublin area Roads Policing Division.

Ghost brokers are unlicensed and unregulated middle men acting as agents for motorists when dealing with insurance companies, and frequently use social media outlets such as Facebook to advertise their services. They promise motorists discounts of anything between 50 per cent and 70 per cent on their premiums,

Some 98 per cent of their target customers are foreign-born nationals living in Ireland, mainly from central and eastern Europe, especially the Baltic States, and who are frequently unfamiliar with how to obtain insurance here through legitimate channels.

The ghost brokers offer a service of getting their insurance sorted out, and will often offer to obtain no claims bonus certificates for would-be clients. They sometimes do this using certification stamps bought online to allegedly show a driving history in a foreign country, frequently one in eastern Europe, and sometimes use credit cards that have been compromised by data breaches.

The practice is a gateway to motor insurance fraud linked to staged “crashes” and is almost invariably linked to transnational organised crime, especially money laundering.

The conference in Galway, organised by Aviva Insurance for company staff, legal advisers and some first responders, sought to highlight the tactics of fraudsters and how to counter their activities. The insurance industry estimates that at least €50 of every motor insurance policy is consumed by fraud.

According to Garda George Thurlow of the SIU, gardaí have investigated seven ghost brokers operating in Ireland, but “there are more out there”.

He said of the seven, two were before the courts, the Garda was awaiting directions from the Director of Public Prosecutions on a third, and the investigation of two others was nearing completion. In the past 14 months gardaí had seized more than €600,000 in assets from ghost brokers.

“Most of them don’t care if they go to prison. It’s their assets that they want to protect. Fraud breeds fraud. If people get away with it, they do it again. Why wouldn’t they?

“That has a knock-on effect on the prices charged to every other policy holder.”

The conference heard many examples of insurance frauds based on staged crashes and exaggerated claims, and about “fraud tourism” – foreign nationals coming to Ireland specifically to fake crashes and then sue insurance companies.

A major factor making Ireland attractive for such criminality was the level of compensation payments, said Patricia Bergin, an investigator with Aviva.

Fellow Aviva investigator Philip O’Connor said the detection of patterns and coincidences could lead to insurance companies detecting fraud at an early stage. He gave examples of policies being taken out through a ghost broker and of “accidents” occurring within days of the policies going live.

The alleged “accidents” frequently occurred in isolated locations and therefore had no verifying witnesses.

The driver of the vehicle alleged to have crashed into the claimant’s vehicle would often vanish after the incident, leaving the insurance company as the only defendant. This vehicle would frequently be found to have no tax or NCT and to have been registered as scrapped around the time of the alleged crash.

Dr Jason van der Velde, national clinical lead for emergency telemedicine at Cork University Hospital, said fake crashes could cause hospital staff, ambulances and sometimes evacuation helicopters to be scrambled in response to staged events and non-existent “injuries”. It was a squandering of resources and skills.

He said all players – the insurance industry, doctors, lawyers and the judiciary – needed to be more aware of what was going on, and to respond accordingly.