Donegal father of five killed while cutting trees on farm 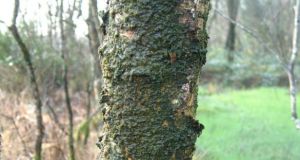 Kevin McElhinney was working on his farm cutting trees with a neighbour when the accident occurred, according to a local Councillor.

A 41-year old farmer and father of five was killed in an accident on his farm in Co Donegal on Friday.

It is believed the man, named locally as Kevin McElhinney, was killed when a tree fell on him while he was at work on his farm in the Gleneely area of the Inishowen peninsula.

Gardaí responded to a report of an incident at around 5pm. A spokeswoman for An Garda Síochána said that, based on initial enquiries, “it appears a tree may have fallen on him”.

Local Sinn Féin councillor Albert Doherty, who is based in nearby Carndonagh, said the community was in “total shock” following Mr McElhinney’s death. The tragic death was an “awful loss of a young family man,” he said.

Mr McElhinney was working on his farm cutting trees with a neighbour when the accident occurred, Cllr Doherty said.

“It was a horrific accident, I would be asking the community to now stand behind his wife and family at this time”, he said.

The agriculture industry routinely has one of the highest workplace fatality rates, according to the Health and Safety Authority.