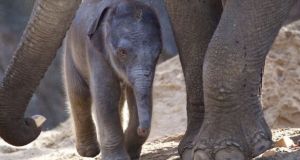 Dublin Zoo and a number of other organisations have been targeted in an internet-based fraud in recent months.

More than €750,000 was stolen, most of it from the zoo and the Louth and Meath Education and Training Board.

Five suspects have been arrested by gardaí in Dublin and Tipperary today.

The Irish Times understands one of the suspects is an Irish woman living in Rathfarnham, south Dublin. The other four are of Pakistani origin and were detained in Clonmel, Co Tipperary.

The gang is suspected of being responsible for a series of invoice redirection frauds. The criminals involved create an online identity, including email addresses, made to look like a company or commercial entity.

In this case the gang posed as a commercial entity that has dealings with Dublin Zoo.

They sent an email to the zoo informing it that they had changed their banking details. And they advised that any monies owed in the future should be paid into their new bank account, the details of which they supplied.

And when invoices were later sent for payment, Dublin Zoo lodged the money into the fraudsters’ account.

It is understood about €500,000 was taken from the zoo in this way at the end of last year. Gardaí have recovered the majority of the money.

And using the same methods the same gang of fraudsters targeted the Louth and Meath Education and Training Board, tricking it into lodging €250,000 into its bank account.

Typically, once the payments are lodged, they are very quickly transferred to other accounts outside the jurisdiction.

This is done before the commercial entity targeted realises the invoice it believed it had paid has not been settled, and the funds have instead with transferred into another account, run by fraudsters.

The suspects arrested today include two women and three men, ranging in age from 20s to 60s.

The four foreign nationals are Pakistanis with strong links to the UK. They can be held for up to 24 hours without charge.

“As part of an ongoing investigation by gardaí from the Garda National Economic Crime Bureau into invoice redirection fraud a number of searches were carried out in Tipperary and Dublin this morning,” the Garda said in a statement.

“This investigation relates to a series of invoice redirecting frauds amounting to sums in excess of €750,000 affecting a number of organisations in this jurisdiction.

“The GNECB assisted by the Cyber Crime Unit and gardaí from Tipperary and Blanchardstown carried out four searches; three in Tipperary and one in Dublin.

“And they have arrested five people, three males and two females ranging in age from their 20s to 60s in connection with this investigation into organised criminal activity.

“They are being detained at Clonmel, Cahir and Tallaght Garda stations under the provisions of Section 4 of the Criminal Justice Act 1984 as amended.”

Ireland ‘not at all happy’ about ‘disproportionate’ fish quota loss - Minister 13:54
Two charged with trying to murder man in Dublin shooting last year 13:42
Weekend weather warning issued as snow and freezing conditions forecast 14:00
Belmullet GP with Covid-19 speaks of ‘fear and dread’ in community as cases surge 13:17
Covid-19: Current travel rules ‘will not stop’ all cases coming into State – Glynn 13:14