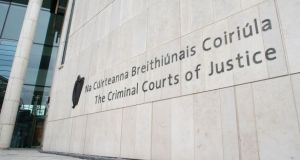 The number of domestic violence incidents resulting in a charge or summons during that March to November period has increased by almost 13 per cent. Photograph: Dave Meehan

Domestic violence is worsening as the coronavirus pandemic has continued, with women now coming forward to seek help in record numbers and reporting that they have been beaten, burned and raped, with prosecutions of abusers also increasing.

Garda sources told The Irish Times violence appeared to have “moved indoors” since the pandemic began, with street assaults plummeting but attacks in the home on the increase.

The same sources said victims were now trapped in their homes for much longer periods as many people had lost their jobs or were working from home. Furthermore, because pubs had been closed for such lengthy periods, abusers were drinking at home which often worsened the violence they were inflicting on their spouse or partner.

Information supplied by Garda Headquarters, Phoenix Park, Dublin, to the Policing Authority reveals assaults in the home have increased by 12 per cent since March, though assaults in public places have dropped by a third during that same period.

Under Operation Faoiseamh, a dedicated operation targeting violence in the home during the pandemic, gardaí received 22,540 reports of domestic violence and related crimes from March 12th to November 3rd, up almost 17 per cent on the same period last year.

The number of domestic violence incidents resulting in a charge or summons during that March to November period has increased by almost 13 per cent; up to 3,899 charges or summonses compared to 3,464 during the same period last year.

The offences suspects were charged with, or summonsed to court for, included breaching interim or emergency barring orders, protection orders, safety orders or barring orders or any other crime type, including assault, with a domestic violence motive.

Women’s Aid said it was “not surprised” by the trends. Calls to its hotline increased by 43 per cent between March and July, from 4,563 to 6,561. More recently there had been an even larger increase, with calls per month up from about 1,400 to 2,400.

“Women are disclosing increased levels and severity of violence as they are at home more with their abuser,” said Sarah Benson, Women’s Aid chief executive.

The women coming forward for help have been “devastated” by the abuse they were being subjected to and had disclosed being “beaten, strangled, burned, raped” and had their life threatened.

“They told us about being denied access to the family income to feed and clothe themselves and their children and being stalked and humiliated online,” Ms Benson added.

As well as the Women’s Aid hotline, the organisation has also developed an online chat facility on its site. It has reported how women effectively trapped in their home with an abuser were contacting them by phone from their car, or were using the online chat facility, to ensure their abuser could not hear them making calls seeking help.

Garda sources described a marked level of fear among many women, adding in some cases children had also been exposed for the first time to their mother being attacked or had witnessed the incidents more frequently because of the lockdown.

“You are finding cases where there may have been a history of violence but it’s now gone into overdrive because of the pandemic,” said one Garda source. “You have people living on top of each other, spending far more time with each other. And then heap money issues and drinking at home on top of that, and with children also in the home; it’s been a deadly combination.”