Molly Martens Corbett and her father will go on trial in North Carolina, US in July 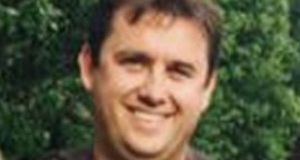 The widow of Limerick native Jason Corbett, who was found beaten to death in his home in North Carolina in 2015, is to go on trial in the United States for his killing on July 17th.

The widow of Limerick native Jason Corbett, who was found beaten to death in his home in North Carolina in 2015, is to go on trial in the United States for his killing on July 17th.

Mr Corbett was found dead in the home he shared with Ms Martens, a former nanny to his two children, in The Meadowlands, a golf-course community in Wallburg, Davidson County, on August 2nd, 2015.

Mr Corbett died from blunt force trauma and multiple cuts and skull fractures, according to an autopsy.

Search warrants allege that , Mr Martens hit Mr Corbett with a baseball bat and a paving stone. The pair have claimed self-defence. According to the search warrants, Mr Martens told authorities he struck Jason Corbett because he was choking Ms Martens Corbett.

Ms Martens Corbett married Jason Corbett in 2011, three years after she moved to Limerick to work as an au pair for Corbett’s children.

The children’s mother , Mags, died of a sudden asthma attack in 2006.

After Mr Corbett’s death, a custody battle ensued between Ms Martens Corbett and Mr Corbett’s sister, Tracey, and her husband David Lynch who live in Limerick. Guardianship was ultimately awarded to the Lynch family.

In a statement the Corbett family welcomed the news. “The wheels of justice turn slowly, but grind exceedingly fine,” the statement said.